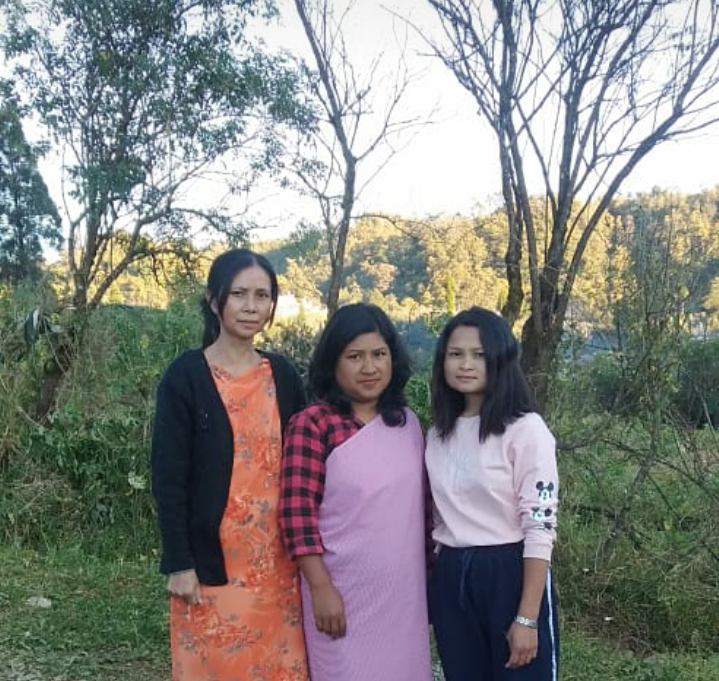 The Community Led Landscape Management Project (CLLMP) implemented by the Meghalaya Basin Management Agency (MBMA) lays special emphasis on the inclusion of women in the decision-making process of a village by making it mandatory for a woman to be the Secretary of the Village Natural Resource Management Committee (VNRMC), a committee that oversees the implementation of the project at the village level. In rural India, where women participation at a village meeting (durbar) is still mostly anomalous, CLLMP has been a step in the right direction towards greater equity concerning the provision of a platform for women to voice their opinions and for empowering them to take important decisions for the welfare of a community.

Meghalaya, which prides itself for its matrilineal tradition, is also sorely wanting in this regard.

Jani Mawïong Village under Mawphlang C&RD Block, East Khasi Hills, located just about 30 kilometers from state capital Shillong has, however, made great strides towards meeting this challenge. Not only is the Secretary a woman but the President, as well as the Treasurer of the VNRMC, are also women. In fact, this has been the first instance in all villages of the project where all three roles are represented by women. It was indeed a landmark occasion for CLLMP when the VNRMC of the village was formed in July 2020, and has three women members presiding over key positions.

A conversation with Kong Buldahun Langstieh, President of the Committee, revealed that women not being permitted to attend the dorbar meetings (held once a year) remains an obstacle in their village, but with the arrival of CLLMP, an appreciation for their contribution by the male residents is slowly growing as they have come to realize that women bring forth issues which are different but none the less pertinent as those brought forward by men. She duly credited the headman for the opportunity to be part of the Committee and is hopeful that in the near future, further progress would be observed in Jani Mawïong as well as in other villages with regard to the involvement of women in the decision-making process.

Kong Fulsida Sunn, the Secretary of the VNRMC, expressed that this is the first time responsibility of this magnitude has been shouldered on her but added that she is excited at the prospect of the challenge. She informed that she had even presented a few innovative ideas on afforestation measures in their village by suggesting the use of hay to protect the saplings from the frost during winters. She also mentioned that there is mutual understanding and camaraderie amongst all the three women members as they are also close friends outside of work.

“A Secretary is the backbone of any committee and hence, I feel there is an added responsibility to my work besides managing my day-to-day affairs as a school teacher and a mother.”

The Treasurer, Kong Lucky Daughter Langstieh, expressed her enthusiasm and fervour in taking up the mantle.

“Our VEC treasurer has always been a male and therefore, it was a historic occasion for me as well as for all the women in Jani Mawïong Village when we were elected as representatives”

As it stands, the road largely remains long and arduous towards the representation of women in the many-sided aspects of rural development especially in the socio-political sphere of the Khasi culture, but villages like Jani Mawïong are setting momentous examples by legitimizing the value of putting women in leadership roles and addressing the burning issue of gender inequalities.