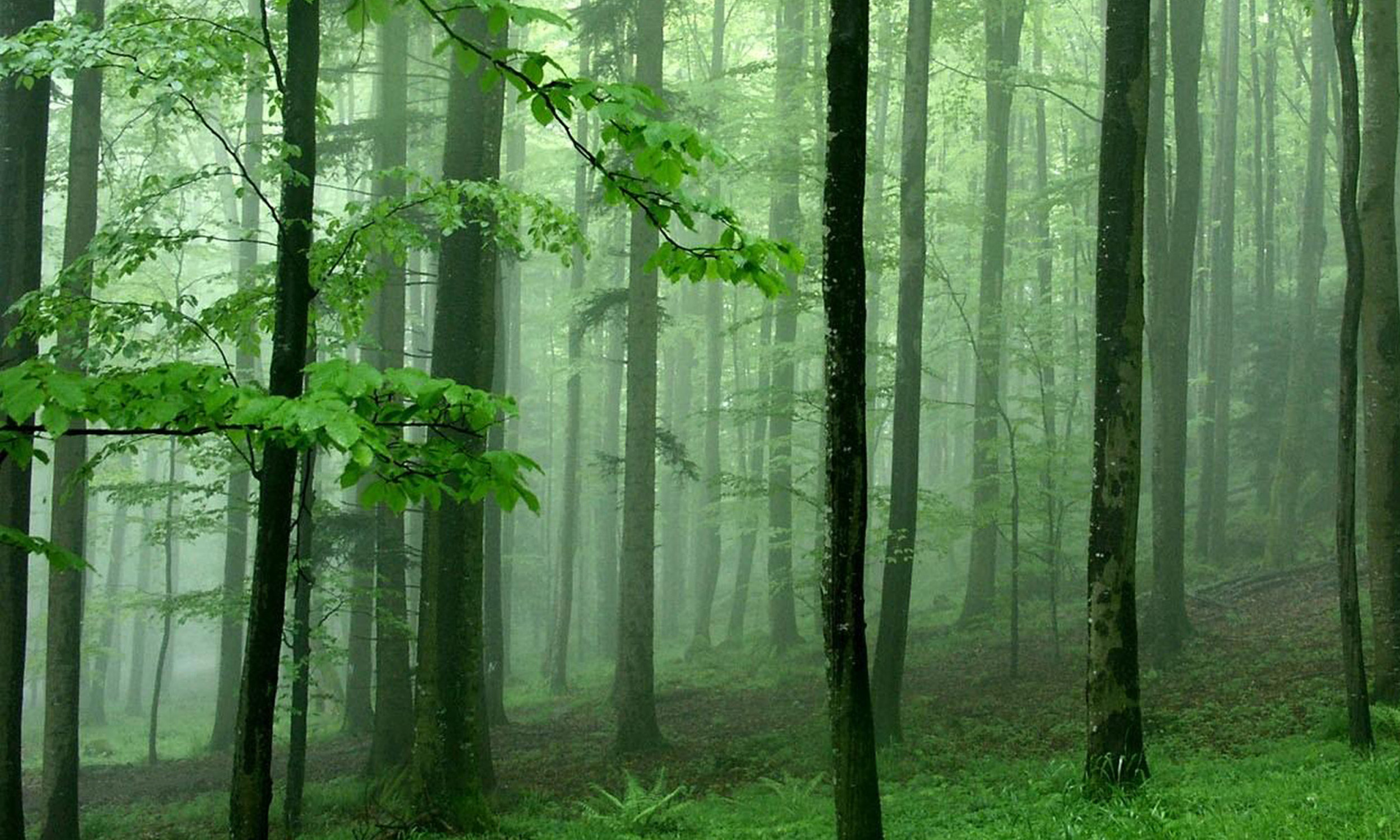 A Workshop to review the policy, legal and institutional framework pertaining to Natural Resource Management in Meghalaya, as part of the state’s effort to scale up CLLMP principles, was organized by the Meghalaya Basin Management Agency (MBMA) under the aegis of the Centre of Excellence for Natural Resource Management and Sustainable Livelihood (CoE) on the 7th of October, 2021 at the State Convention Centre, Shillong.

The Community Led Landscape Management Project (CLLMP) is a project of the state that is supported by World Bank. It seeks to strengthen the capacity of communities in 400 of the most environmentally degraded villages to plan and implement holistic natural resource management. The workshop was attended by Shri Conrad K. Sangma, the Chief Minister of Meghalaya, Shri Lahkmen Rymbui, Minister Home Affairs and District Council Affairs, and saw the participation of all three Chief Executive Members of the Autonomous District Councils. Others present included the Chief Secretary of Meghalaya, Smt. R.V. Suchiang, senior officials of Forests & Environment Department, Soil and Water Conservation Department, CFOs of all three ADCs, Indian Environment Law Organization (IELO), CoE, and MBMA.

In his address, Shri Sangma emphasized the importance of balancing development and environmental needs and leveraging on the synergy between the agencies of actors to harmonize efforts towards natural resource management. He added that the creation of sustainable livelihoods is central, and parallel systems of livelihood opportunities need to be in place before activities that are detrimental to the environment, such as rat-hole mining, are banned. On Climate Change, Sangma stated that people must prepare to adapt to the inevitable to minimise any impact. Measures can only be taken through careful synchronized efforts of all stakeholders, particularly the community. He proposed that the NEC becomes a regional council for climate change and that policies of all North Eastern States have a common agenda that undertakes concerted efforts towards mitigation and adaptation of climate change.

Lahkmen Rymbui highlighted the complexities of landholding and land administration in the State that make it difficult for any single agency to operate. These include conflicts in law and ownership. The only way forward is to ensure that the institutional capacity of stakeholders is strengthened, and the Government through CLLMP can ensure synergy among authorities for the preservation of natural resources in Meghalaya.

Chief Secretary R.V. Suchiang stated that the issue of legal, institutional and policy framework related to NRM in Meghalaya remains complex and challenging. Since the management of forests is both within the purview of the Forests & Environment Department and the Autonomous District Councils, laws and regulations set out by Central and State Government cannot be solely implemented because the constitution empowers ADCs to enact their laws under the 6th Schedule for forests under their control. Coordination of various departments is required to curtail conflicts, and the important task is to formalise these efforts so that a solid partnership with universal objectives is formed.

Dr. Subhash Ashutosh, Co-Chairman & Director, Centre of Excellence (NRM&SL), referred to the recently published 6th Assessment Report of the IPCC which painted a grim picture for the future of the environment. Despite worldwide initiatives, climate change is being observed faster and the projected 1.5 degree Celsius rise of global warming will have intense impacts particularly for a mountainous and economically fragile State such as Meghalaya, where 80% of the population depends on natural resources for livelihood. Adaptation measures to climate change through sustainable natural resource management are imperative to climate-proof livelihoods and make the ecosystems more resilient.

Sampath Kumar, Principal Secretary to Govt of Meghalaya & Project Director, CLLMP stressed putting improved efforts into decision making to protect and secure the present and future generations. He added that Meghalaya has strength in communities that exercise autonomy over their natural resources. Programmatic and legal frameworks should be built to reinforce these existing processes. He announced that together with the C&RD Department, MBMA is creating a new policy to form VNRMCs within the VECs wherein communities will be trained in technological support to natural resource management. The aim is to engage the youth and raise a community conservation corps similar to what the USA did after World War II. About 2000 villages in Meghalaya have 3 people each trained in NRM planning and use of NRM technologies through CLLMP. He is looking forward to a comprehensive proposal to build a legal framework that will generate momentum for protection of the natural resources.

Principal Chief Conservator of Forests & HoFF, Forests and Environment Department, B.K. Lyngwa mentioned that Meghalaya has 76% total geographical area under forest cover making the state rich in biodiversity. Only about 12%, however, is under Government control, which are areas managed scientifically through working schemes. The remaining forest areas under the ownership of communities, private owners, and the Autonomous District Councils should also be managed scientifically since customary practices may not always be sustainable. He congratulated MBMA on their efforts of reaching out to 400 villages in Meghalaya under CLLMP and hoped to achieve managing the remaining forest areas under working schemes through collaboration and convergence with the Forests & Environment Department and the ADCs.

Titosstarwell Chyne, the CEM of KHADC pointed that the challenges due to globalization including mining and quarrying are daunting and that efforts to strengthen the legal and institutional capacity of the ADCs are a welcomed step. Benedict R. Marak, the CEM of GHADC expressed that while there are gaps in the capacity of the ADCs to meet their mandate, the support of the government can help maintain a progressive administration. 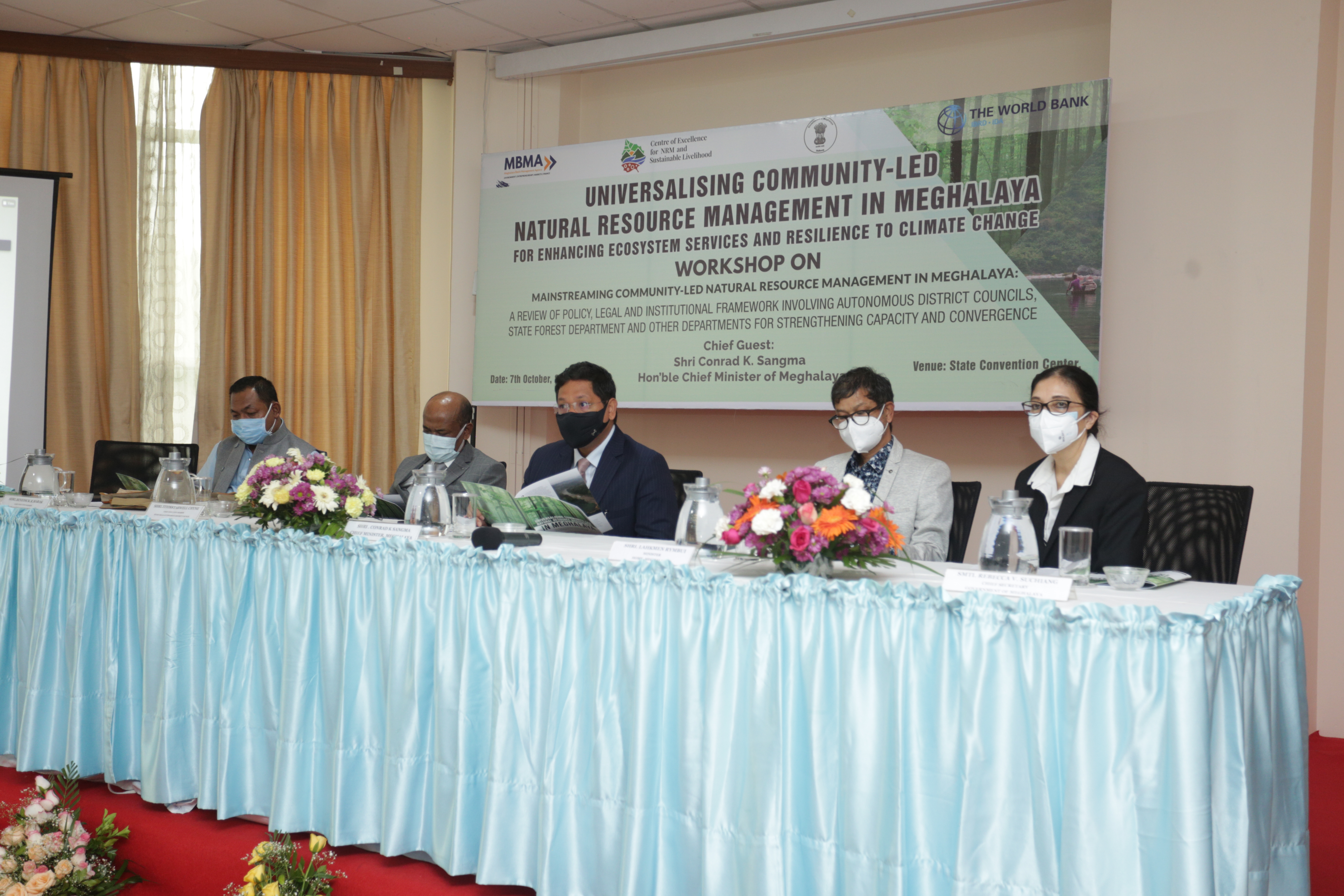 The Two Technical Sessions focused on gaps under the current policies and the legal frameworks. Conflicts between State and ADC legislatures were identified, and ways forward for strengthening the institutional capacity of the ADCs were agreed upon.

Numerous focus areas emerged during the Workshop which includes the urgency for the ADCs and the State Forest Department to collectively discuss challenges in the areas of forest and natural resource management, the necessity of a common forum between the ADCs, scientific management of forest areas, challenges associated with landlessness, and the need to understand gaps in the current legislation for strengthening legal frameworks.