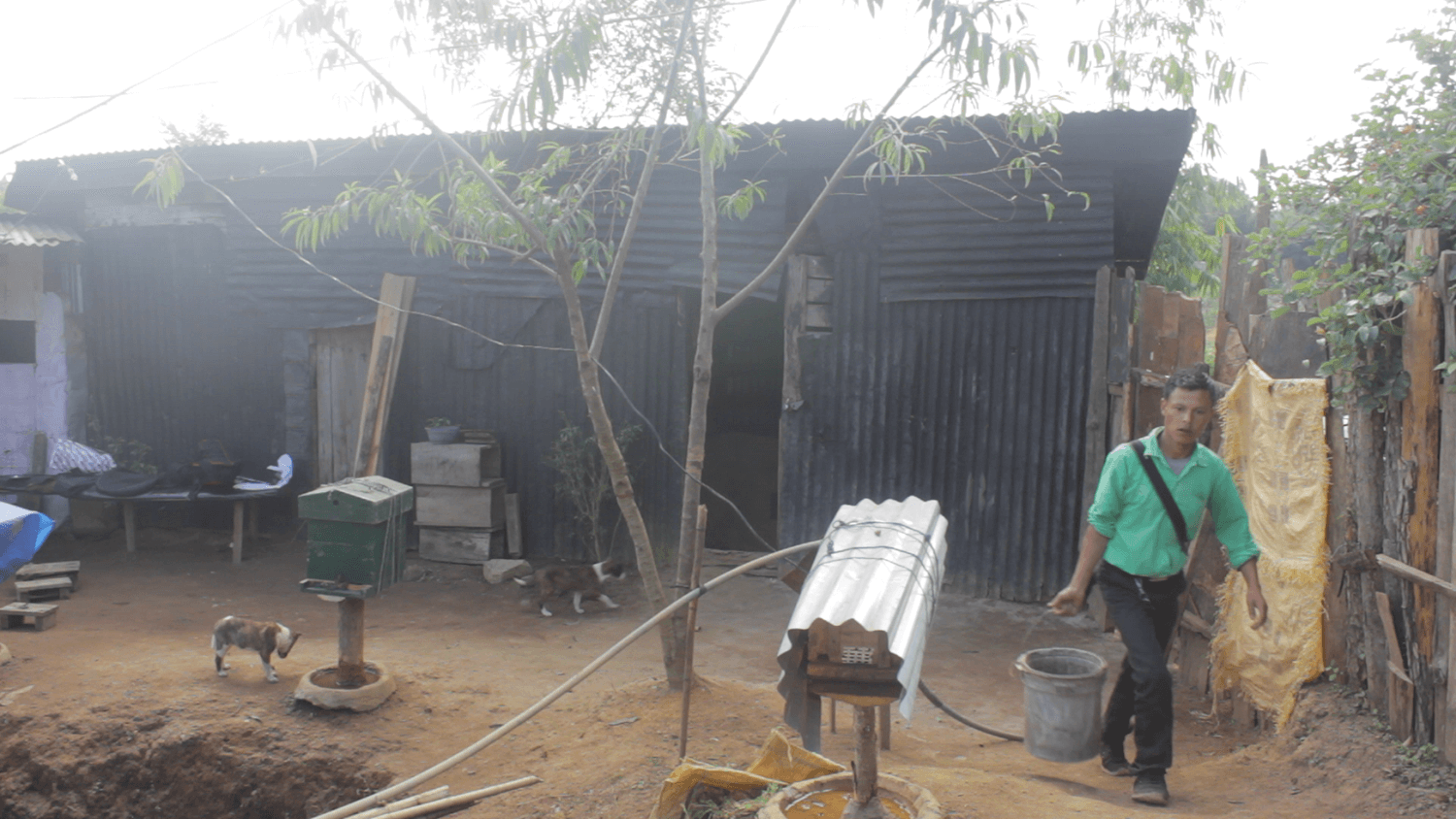 SUNSHINE RYNGKHLEM: ON A PIGGYBACK RIDE TO PROSPERITY

Piggery in Meghalaya is an age-old, traditional livelihood activity that has been the sole source of bread and butter for generations of households. For some, this activity has earned them a fortune while for others, it has been just enough for sustenance. Whatever the case may be, piggery is an intrinsic part of the culture and history of the local people, and will remain so for generations to come.

Typically, people rear one or two pigs in their backyard as a secondary source of income. It is not uncommon to see backyard pig sties when strolling though rural areas or even semi-urban areas. Financially, this activity has an advantage over others in that, it is easier to do, and is less labour-intensive, with returns being quite favourable comparatively. Traditionally, pigs are looked after by members of the household and are fed farm and kitchen wastes resulting in minimal input cost. These days, there is a gradual shift to scientific methods of rearing but even these can be low cost with much higher returns to the farmers. The biggest upside to rearing pigs as a secondary source of income is that they are easier to sell thanks to an always high demand.

In a small village in East Jaintia Hills in Meghalaya called Wapung Skur, is a man known as Sunshine Ryngkhlem who has taken piggery to the next level and reaped significant benefits from it not only in terms of monetary gains, but also in terms of the overall development of his community. Wapung Skur is located approximately 10kms from the Deputy Commissioner’s Office in Khliehriat, and most residents are directly or indirectly engaged in coal mining activities for livelihood. It may be mentioned that East Jaintia Hills is a major coal belt and has been the subject of controversy in the last few years seeing as coal mining is usually unregulated. Mr. Sunshine was no different. He too worked as a daily laborer in one of the coal mines there, making a meager Rs. 3,000 to Rs 4,000 per month, barely enough to support his family. However, as the issues of unregulated mining grew in the state, he started to become aware of the ill effects of unscientific coal mining and future health implications. After much consideration, he decided to leave this work, and went with the bold decision to set up a piggery farm on his small plot of land.

Initially, Mr. Sunshine started with two pigs. Methods of rearing were traditional, which caused many of his piglets to die soon after birth. It was a problem which he had to address. Hence, on 23rd September, 2013, he registered with the Meghalaya Basin Development Authority (MBDA) and was invited to participate in a ten-day training workshop at the Rural Resource and Training Centre (RRTC) in Ri Bhoi district. There, he learned about vaccination methods, proper feeding routines, sanitation, and gestation periods.

Armed with new knowledge, Mr. Sunshine returned home and decided to expand his farm. He started by purchasing fresh piglets. He would then spend two hours in the mornings and two in the evenings feeding them and cleaning the shed. Months later, his hard work paid off. His 50 piglets had become fully grown pigs, ready for sale. Along with these, he also had 26 piglets which were also ready for sale. He sold the pigs for Rs. 15,000 each while the piglets fetched Rs. 3,000 each. By 2015, his business was running well with profit margins in excess of Rs. 2 lakhs.

Presently, Mr. Sunshine owns more than 80 pigs in his shed and those include fully grown pigs. He has also since developed his own medicinal remedies by making use of locally available herbs such as sla Burma, sla soh priam, and sla sohphoh to treat wounds and diseases. As far as future plans are concerned, Mr. Sunshine hopes to upscale and expand his mini-farm, and turn it into a bigger facility cum training institute where aspiring entrepreneurs can enroll to be trained on the many facets of pig farming including productive farm management. The long-term goal is for graduated trainees to become a part of a thriving piggery market complete with matching market linkages which will not be limited to just entrepreneurs in the district, but which can be accessible to all pig farmers from across the state.