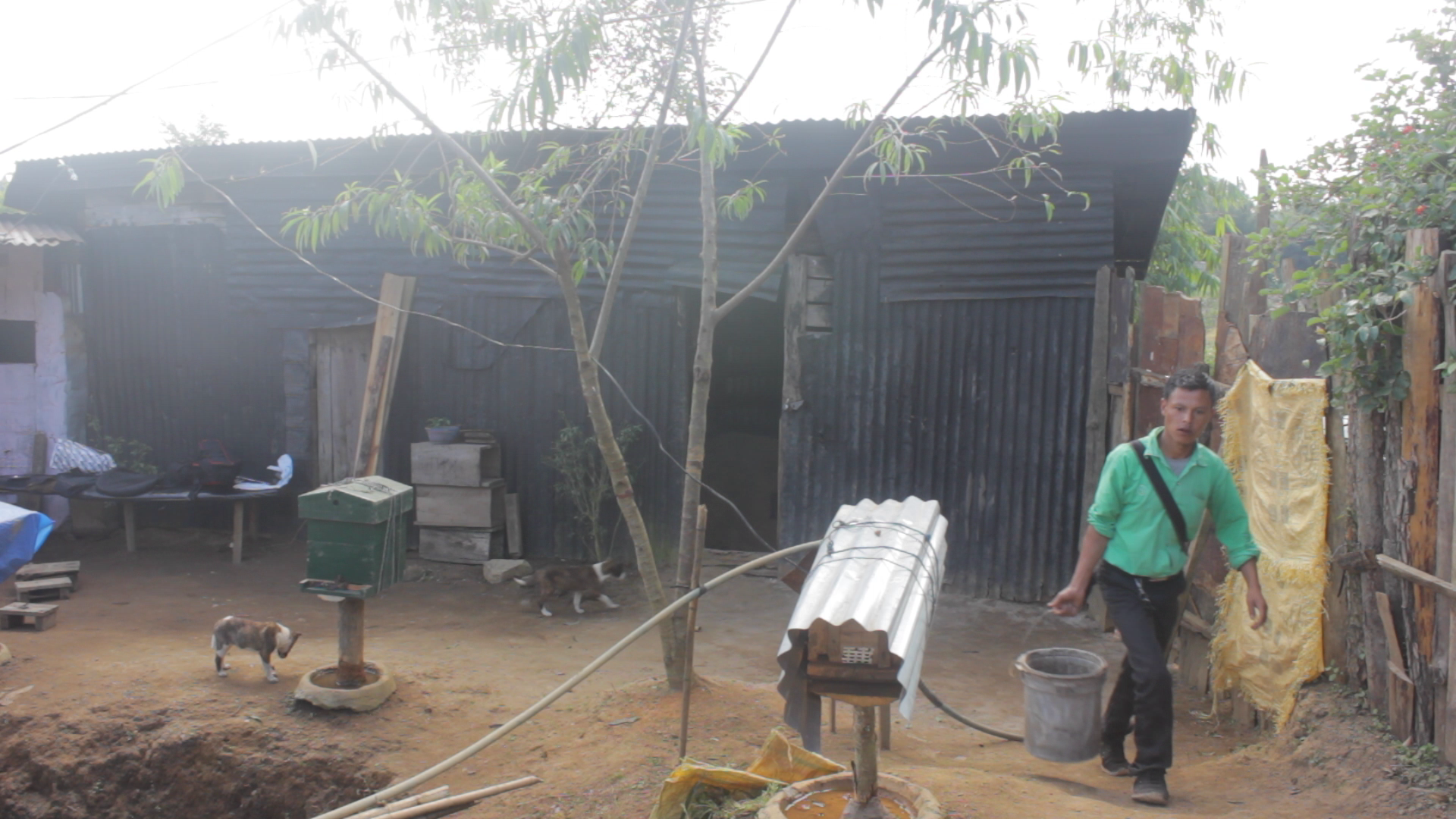 Sunshine and Coal Mining – A Most Timely Intervention

Sunshine and Coal Mining – A Most Timely Intervention

On 30th May 2021, five labourers were trapped in a rat-hole coal mine located at Krem Ule, Umpleng in East Jaintia Hills District of Meghalaya, India, following a dynamite blast gone awry. The explosion led to water from a nearby source flooding the mine, and in an instant, all escape routes were blocked. The Government of Meghalaya launched an immediate search and rescue mission and was supported by the Navy team and personnel from the National and the State Disaster Response Forces, the SRT, and the District Administration, but as per reports dated July 8th in the Shillong Times, rescue efforts stand officially suspended 40 days into the operation. Of those five trapped, only three bodies were retrieved and handed over to family members.

The tragedy was on no account the first instance in the State as such disasters are troublingly frequent – two other major incidents reported in the last three years which combined, accounted for the lives of 21 people – but it may well not be the last as coal mining remains a lucrative source of livelihood for many of the region’s poorer sections despite the presence of general awareness on the many hazards that are associated with it. The National Green Tribunal (NGT) had, in 2014, issued a notification to completely ban rat-hole coal mining. However, rampant unscientific and unregulated mining activities were reported to have continued illegally, and an adverse consequence of this is the region’s ecosystems becoming greatly in need of land reclamation interventions. Coal mining, particularly the rat-hole kind, coupled with an absence of post-mining treatment measures has contributed to land degradation, pollution, water contamination, and a big loss of biodiversity.

In 2021, the Government of Meghalaya announced that the Supreme Court of India passed an order to lift the ban following the finalization of standard operating protocols that permitted only scientific and legal coal mining activities. Even so, East Jaintia Hills District remains rife with rumours of illegal coal mining. 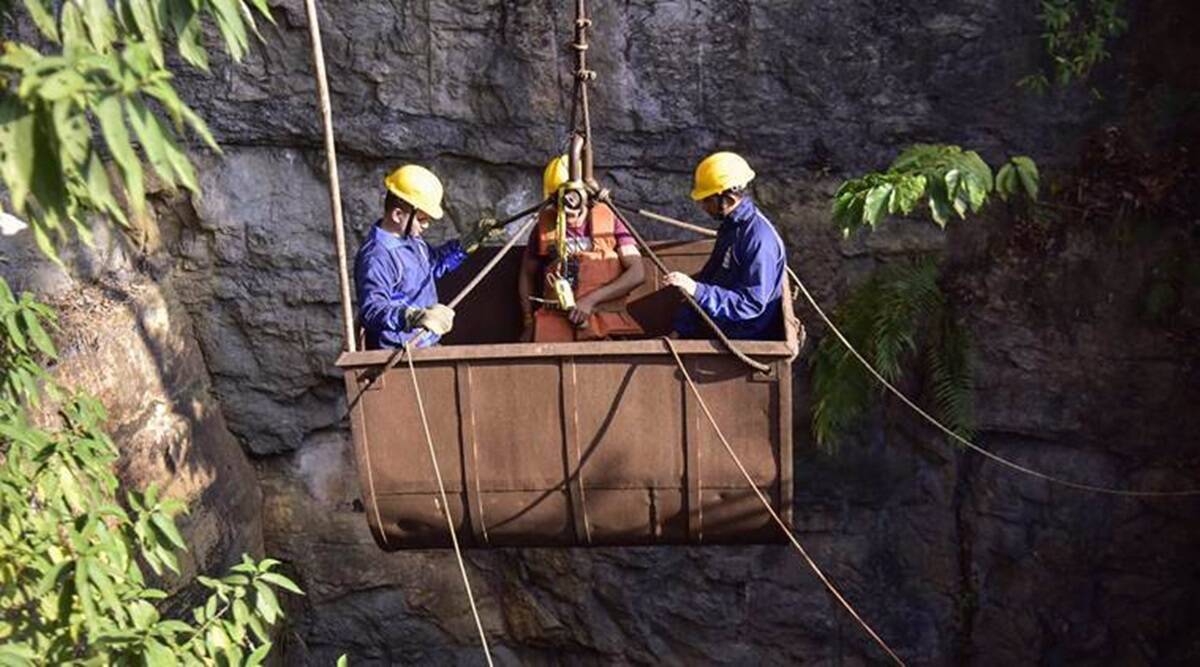 The onus has always firmly resided with the State and the policymakers to create alternative livelihood opportunities for the community. Thankfully, steps have been taken to control the illegal aspects of the activity and to spread awareness about all health and environment-related ramifications, some led by NGOs and some by activists, while an externally-aided project of the State, the IFAD-supported Meghalaya Livelihoods and Access to Markets Project (Megha-LAMP) launched coincidently in 2014, became an option for the people to consider should they choose to pursue a different way of life.

32-year-old Sunshine Ryngkhlem from Wapung Skur Village can attest to the same. He is presently a thriving pig farmer and a service provider on behalf of Megha-LAMP, but for 9 long years, he was a daily wage labourer in the coal mines of East Jaintia Hills District.

Ryngkhlem worked as a mason in his younger days before making the transition to daily wager/miner in 2005 at the age of 16. In his own words, he chose to work in the mines because he was young and was attracted by the riches that came with it and because for a school drop-out, there was a dearth of other livelihood avenues. He disclosed that there were times when he would earn up to Rs. 10,000 per week, which were high wages comparatively. After the NGT ban, however, he was forced to re-evaluate his options. Admittedly, the lingering dream was always to become a farmer in the livestock sector. And as the issues of unregulated mining grew in the State, he started to also become cognizant of the ill effects of unscientific coal mining and future health implications, and most importantly, of how it could impact his family if he continued with the profession. 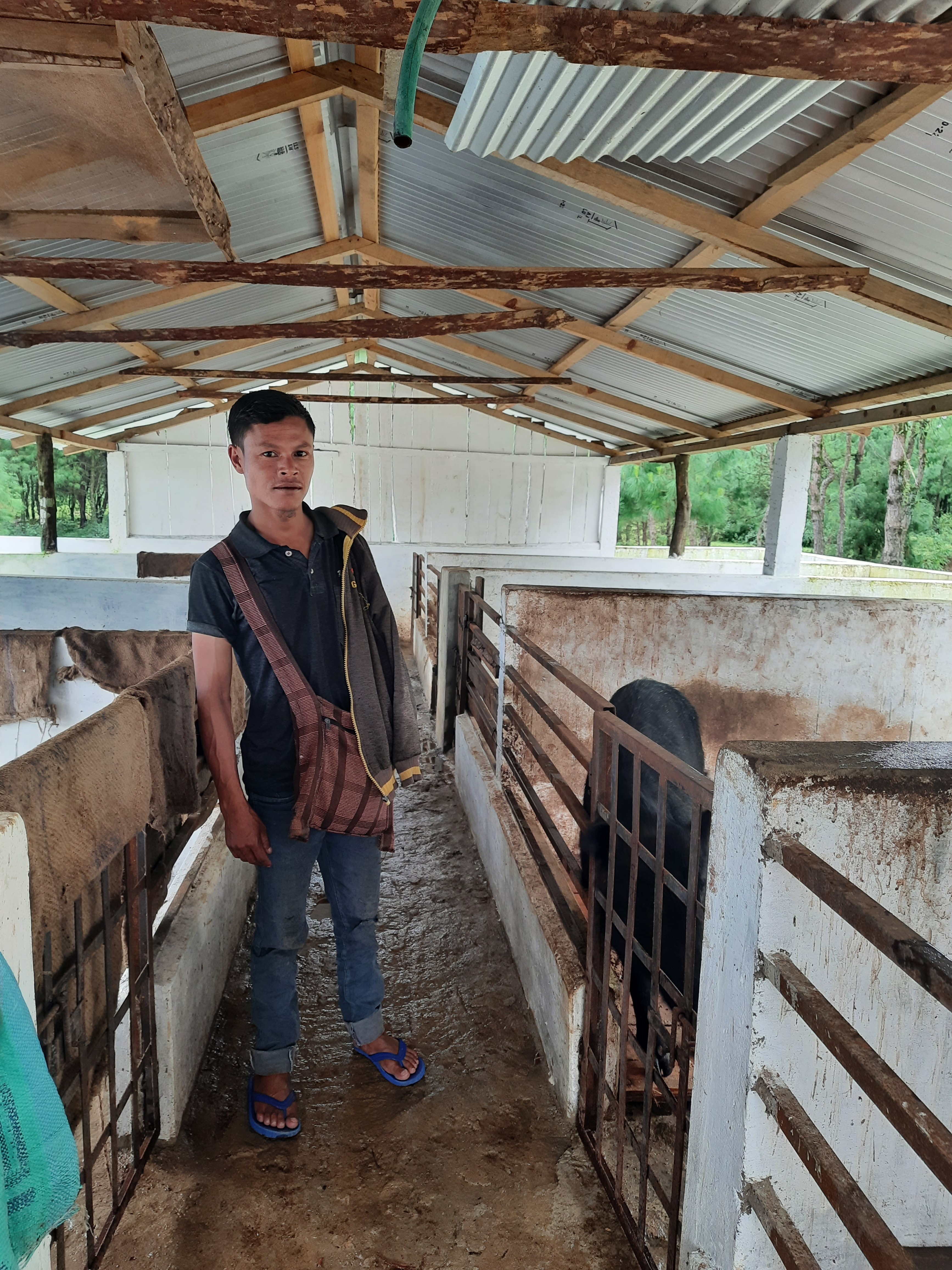 “If I owned a coal mine, the story would be different as I would have become very wealthy. As only a miner, however, I would have remained just that – a miner who can never know when the last trip down the rat hole would be. After years in the mines, I came to realise that there was no job satisfaction. I was also very conscious of the risks. I made the choice to step away for my family”

Ryngkhlem considers himself one of the luckier ones because he owned a small plot of land, and choices to start something completely independent from coal mining have always existed. In 2014, he finally decided to walk away from mining in exchange for investing all of his savings into setting up a small piggery farm on his land. He started with just two pigs.

In the early days, methods of rearing however were traditional, and these caused many of his piglets to die soon after birth. On his way to the veterinary doctor one day, he met with a friend who worked in an Enterprise Facilitation Centre (EFC), an institutional platform and a cornerstone innovation of Megha-LAMP’s implementation agency, the Meghalaya Basin Management Agency (MBMA).

Before Megha-LAMP, EFCs were set up to act as an interface with the citizens for providing information on livelihood opportunities in the enterprise development sector, and for facilitating grassroots initiatives that can be taken up by communities across the State. The role of EFCs under Megha-LAMP has since evolved. Apart from the above, they also facilitate access to finance and link entrepreneurs to sources of technical advice, input suppliers, and market outlets. Further, they provide up-to-date recommendations on available schemes that are relevant to the partners/entrepreneurs’ interests.

Ryngkhlem was recommended by his friend to get himself registered with the EFC in Khliehriat Block, East Jaintia Hills District for availing the opportunities that come hand in hand with registration.

The EFC arranged for his participation in various capacity-building training sessions and workshops on livestock. He learned about vaccination methods, proper feeding routines, sanitation, and gestation periods. In no time, the number of pigs had increased to 80, and these include piglets that were sold between Rs. 3000 and Rs. 3500. Full-grown pigs were sold at Rs. 15,000.

Megha-LAMP is promoting collective marketing initiatives to ameliorate the position of farmers in supply chains to help them reclaim bargaining power and become more competitive, to cut costs of transportation and storage, and to minimize the influence of middlemen. The project has set up Collective Marketing Centres (CMC) in 77 locations across the State for facilitating marketing and aggregation activities. The target is to establish 90. Further, another of Megha-LAMP’s multi-faceted objectives is to keep pace with the escalating needs in the agriculture sector after seeing the twin impact of a shortage of human labour and rising costs of cultivation on the farmers. 18 Custom Hiring Centres (CHC) have been set up under phase 1 of implementation, one in each project Block of Meghalaya. They provide fee-based custom hiring of Agri tools and farm machinery at reasonable and fair charges.

These CMCs and CHCs were designed to be owned and managed by the Integrated Village Cooperative Societies (IVCS) which are village-level Community-Based Organizations (CBOs) set up by the project to ensure basic financial services such as thrift and credit so that rural farming households can take up higher and expanded economic activities to enhance income and quality of life. Wapung Skur Village is a Megha-LAMP village and is home to the Wapung Skur IVCS Ltd., which looks after the functioning of both the CMC and CHC set up in the village. The progressive Ryngkhlem was identified by the project to be the Secretary of the IVCS and to be the Secretary/Manager of both the CMC and the CHC. In 2019, he was also recruited as a service provider for piggery-related initiatives.

The decision he made to put coal mining in the rear-view mirror has paid off. He stated that although his plate may be full, there is proper job satisfaction and he remains highly motivated and committed to helping his community members. There are no off-seasons and work is full-time. Combined yearly income from all activities on average is in excess of Rs. 3,00,000. When asked, Ryngkhlem does concede that incomes were higher during the mining days, but he maintains that the activity was never going to be sustainable in the long-term given the associated risks.

“I would request my fellow farmers to consider getting involved in the farming sector, be it in agriculture, piggery or poultry. Mining can be a lucrative venture, but the question I pose is if it’s worth risking your health and your life. Reports of rat-hole coal mining accidents have unfortunately become commonplace. If the State can guarantee only scientific and safe mining, then there wouldn’t be an issue and these incidents wouldn’t happen.”

There are many others like Sunshine Ryngkhlem who decided to leave behind coal mining for collaboration with the state-wide livelihoods-promotion intervention that is Megha-LAMP. A key aim of the project is to invest in the development and organization of farmers through producer groups and enterprises operating within village clusters for improving production, enabling aggregation, and for collective marketing. In East Jaintia Hills District, Megha-LAMP has facilitated the formation of 82 producer groups in total. The following 3 however, are producer groups that are made up of members who were previously daily labourers in the coal mines. 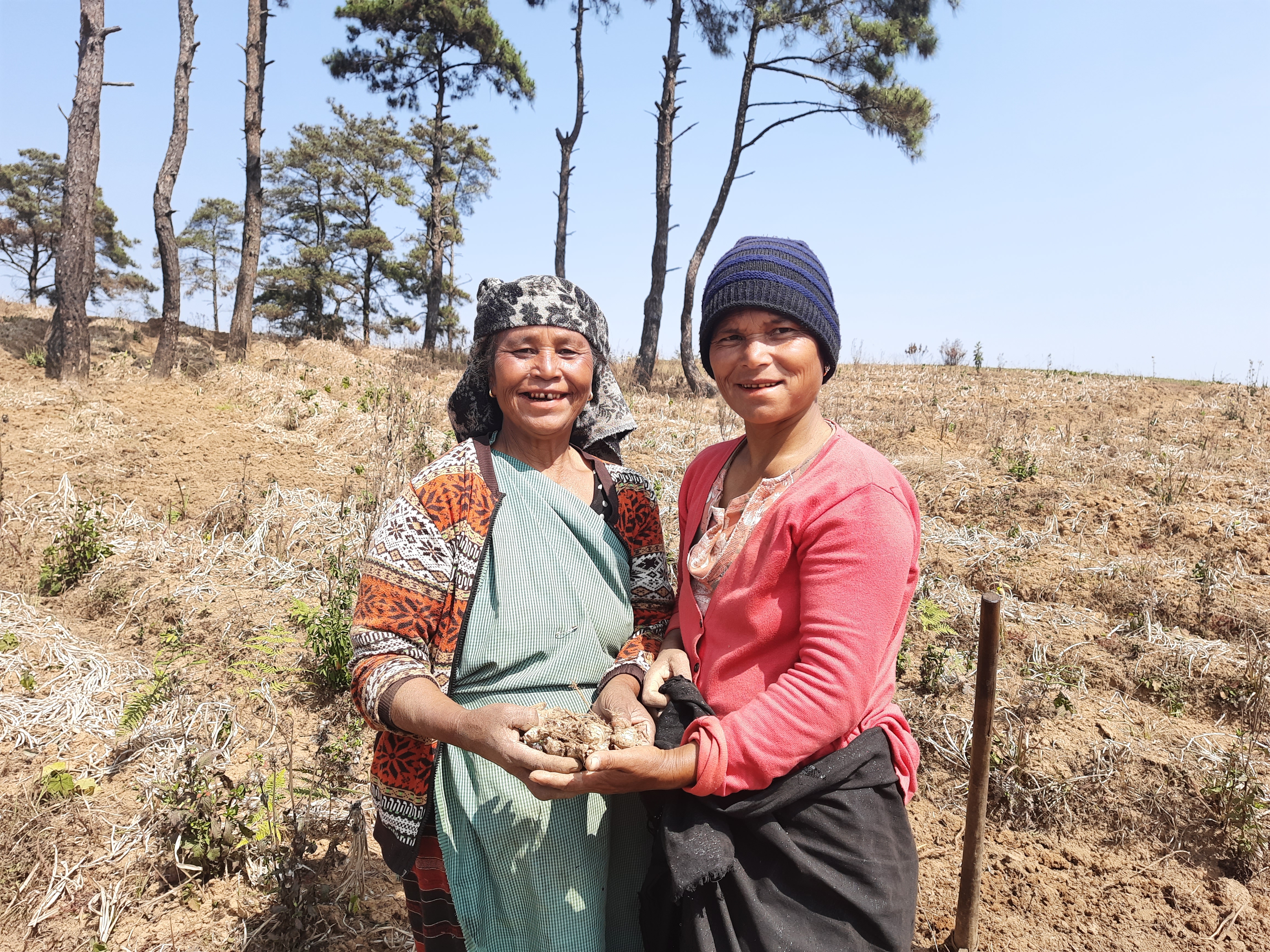 “After the ban on coal mining, we were faced with a conundrum. Being daily wagers in the coal mines was all that we knew. Thankfully, Megha-LAMP came to intercept at the right time. Sensitization programs helped us learn about project initiatives and hence, we decided to register with the EFC. We were shown that there are other ways to make a living – a healthier way of life. We are now in the farming sector and recently, we were mobilized to form producer groups for availing opportunities that could help upscale activities and enhance incomes”– Mr. Jing Ksoo, member of Tuber Sohshrieh Ginger PG