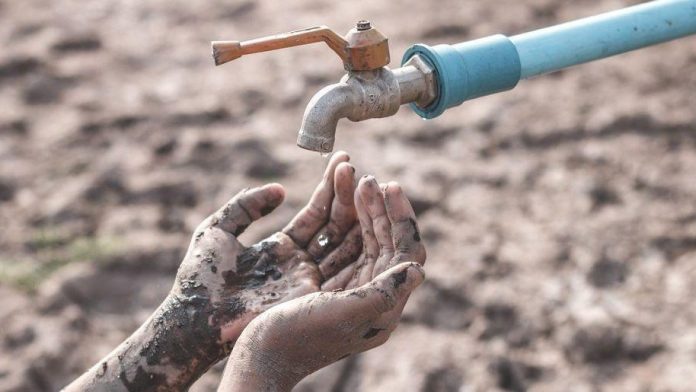 Priscilla Lyngdoh, a resident of Langsymphut village in East Khasi Hills, is happy that her village is one of the few in the matrilineal state that has created an enabling environment for women to exercise decision-making and authoritative rights through the constitution of Village Natural Resource Management Committee (VNRMC) as part of the Community Led Landscape Management Project (CLLMP), which is being implemented here with the help of Meghalaya Basin Management Agency (MBMA).

With natural resource management being the key focus area, CLLMP aims to put emphasis on women empowerment through VNRMCs by putting them in key power positions in the project. Although the head of the council is the headman of the village, the other top positions always include women members.

Though Meghalaya is one of the few existing matrilineal societies in the world, the exercise of authority and power by women here is still a widely debated topic.

The village heads are males and women do not have a say in issues related to local governance system. But times seem to be changing for the better!

How it all began

About 22 km from Mawsynram village, one of the wettest places on Earth, is the Langsymphut village, located under Mawsynram C&RD block. With an approximate population of about 558 people, the village members realised that despite ample amount of annual rainfall, their streams were dying and most of the land was barren.

Their environment was rapidly degrading and the members of the village governing body decided that speedy intervention in this regard was the need of the hour. This was when the community initiated a proposal through MGNREGS to rejuvenate the almost dying river as well as to protect environment through other NRM interventions.

Around the same time, a World Bank-funded CLLMP also identified the village as one requiring intervention, as the village was included in the North Eastern Space Applications Centre (NESAC) list of highly degraded villages. In June 2019, a sensitisation exercise was held in Langsymphut village, and thus began the journey of the village towards protecting their natural resource.

Under a convergence effort between CLLMP and MGNREGA, work began for construction of an RCC check dam at Phodtongksiar, adjacent to the Lumsymper peak, an area with a huge potential for promoting natural tourism. The dam was completed between August 20, 2019 and October 4, 2019.

Following this, a mega project at Langsymput village was also initiated in 2019 and is at the final stage of completion. This is an RCC check dam taken up in convergence by MGNREGA and CLLMP at Thwei Oling under Langsymphut VEC. It remains the biggest check dam undertaken by CLLMP and its impact on the lives of the people here has been tremendous.

Roningstar Kharbani, secretary of Langsymphut Village Employment Council (VEC), reveals that the village has now been able to plant tree saplings and dig trenches which will trap the moisture in the community land. The land which was barren and arid a few years ago, is now moist and supports the growth of saplings as well as grasses.

The land is now fit for grazing cattle as well.

He also stated that prior to building the check dams, there were no fishes in the dying stream. But now, interestingly, due to increasing water level in the stream owing to the check dams, fishes have also begun to thrive here.

It is interesting to note that these initiatives were taken by the village community members even before any government intervention. Their sole objective being to preserve their natural resources which had borne the brunt of materialistic endeavours.

Moreover, both these check dams are located near the famous Lum Symper/Symper Peak, which implies that this place holds a huge potential for tourism in the years to come.
Hence, the community members feel that it becomes all the more important to preserve their natural surroundings as it will greatly help them to promote sustainable and natural tourism.

In spite of being deemed as the wettest place on earth, villages in and around Mawsynram ironically suffer from water shortages, especially in the winter months. A conversation with some of the VEC members of Langsymphut and Mawteibah rings a similar tone in that there was absence of a proper mechanism to tap the tremendous potential of rain water within most of the villages under Mawsynram.

BDO of Mawsynram C&RD Block Peaceful Mukhim reveals, “The office of the Block Development Officer is continuously taking steps to make people aware about the concept of Natural Resource Management in order to optimise the use of available natural resources. At grass root level, the village representatives were inducted through trainings and campaigns under Jal Shakti Abhiyan. There has been an effective participation and involvement from the VECs in taking up Natural Resource Management Projects implemented through MGNREGA.”

The year 2019 was also the beginning of a realisation for many villages about the need for identifying a catchment area for leveraging efforts to harness water. In August 2019, as part of field visit under Jal Shakti Abhiyaan (JSA) by Sampath Kumar, Commissioner and Secretary, C&RD Department, a surprising fact was revealed.

It was found that to harness water, a village had purchased land from a private land owner as the land fell under the catchment area. Realising the importance of putting the catchment area into good use, the village members, after negotiations with the land owner, purchased the land. This act set precedence for what later conceptualised as the Mawsynram Declaration.
A block level meeting was organised with the VECs in presence of Shri. D. Hynniewta (Project Director, East Khasi Hills), BDO and APOs under MGNREGA to seek & follow up the participation & involvement of the VECs relating to the issue. The Project Director called the VECs to acquire more catchment areas that belong to individuals and encourage as a better solution to a long term conservation and environmental sustainability. Some of the villages/ VECs who have obtained those catchment areas have taken up cost effective activities under MGNREGA by constructing check dams/ water harvesting structure. The Office of the Block Development Officer (BDO) have taken steps in promoting awareness on water campaign at grassroots level making the community to understand the importance of water conservation by conducting participatory rural appraisal (PRA) and focus group discussion within the VEC and similarly encouraging women participation through Self Help Groups.

Several villages came together and mobilized their efforts to materialise the Mawsynram Declaration. VECs signed memorandums with their respective village institutions (dorbar) to allocate community land for this purpose whilst almost 12 villages with no community lands even purchased a plot of land from private land holders, all this with the sole purpose of harnessing rainwater.

Till date, 24 VECs has acquired the catchment areas and also had taken up initiatives in conserving and safeguarding those water catchment areas. Through on-going awareness campaigns it is expected that this number will ultimately rise up. Langsymphut, as mentioned above, has taken great strides and the VEC members have spoken at length about how the construction of the check dam in their village has greatly benefitted the community.
Another village that greatly benefitted from the Mawsynram Declaration is Mawteibah. The former headman of the village was the owner of the land and gave away a portion of the plot to the village dorbar for public use. In conjunction with a water harvesting structure, the village has also started afforestation and land development approach such as recharge pits and trenches in the vicinity of the site. Mawhiang village is another that paints a picturesque sight. The check dam constructed here has greatly aided the entire population in terms of water supply.

By bringing several villages together, the Mawsynram Declaration has created an environment of cohesion that was missing amongst all the villages of Mawsynram in particular, and the state in general. Further, an enabling environment is being built for bolstering women empowerment. Projects like CLLMP make it mandatory to constitute a VNRMC executive committee, whose members are elected through a democratic voting process. Seven to nine members from the community are selected to be on the council, out of which there needs to be minimum 50% women participation. In addition to the above, in what may be termed as a historic decision by the State, the Meghalaya Cabinet on August 7, 2020, approved the policy on Reservation of seats for Women in Village Employment Councils (VECs). This is the first time that 50 pc seats are being reserved for women in the local bodies in any state of India. It is realised that the role of women in VECs is by and large for the community, and will go a long way in setting a perfect example of inclusivity and equality.