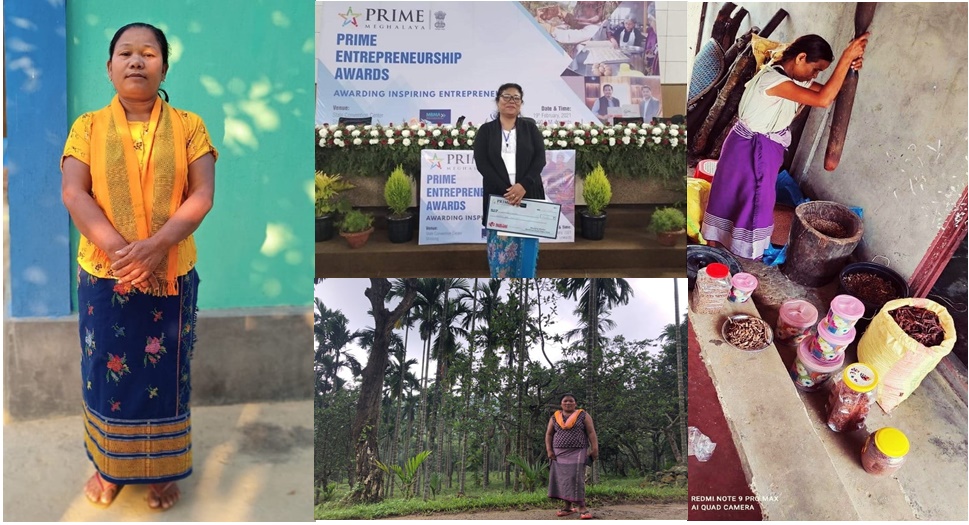 In the last few years, various governments and organizations committed to implementing rural livelihoods promotion and farmer empowerment projects in developing countries have conceptualized designs and strategies to advance gender equality and the economic status quo. Those given the mission of executing such projects in Meghalaya have followed suit. Platforms have been created for empowering women after a recognition that their contribution in various fields of development – both urban and rural, but especially in the latter setting – can lead to long-term economic growth and poverty reduction. Outcomes would mean a decrease in inequality and better opportunities and the removal of barriers that have impeded women’s progress and position in society.

Further, female empowerment is an important goal in the Sustainable Development Goals (SDGs) and there have been increasing efforts to reduce discrimination and promote gender equality. Empowering women is desirable in its own right. Existing evidence shows its indirect effects on children and society at large. When household economic resources are controlled by women, there is notable improvement in children’s education, nutrition, and an increase in investment in durable goods.

The State Government’s IFAD-supported Meghalaya Livelihoods and Access to Markets Project (Megha-LAMP) has given tremendous weight to transforming the conditions and helping close the long-standing gender gap. Established is a dedicated gender team whose objectives include enhancing women’s participation in community institutions and decision-making. It also plays the crucial role of uncovering success stories of women who are not only fulfilling domestic obligations but operating incognito with men in the fields to ensure nutritional security for their households and growth in their incomes and skills as well as inspiring other women in the rural community.

The following is about women changemakers who are setting important examples and legitimizing the value of being empowered, standing out for their strong and efficient use of resources in various sectors such as handicraft, horticulture, baking, food processing, and animal husbandry, and contributing immensely to the development of their village economy. 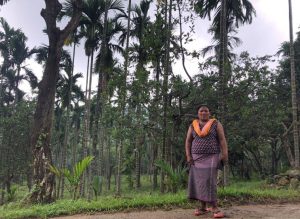 In terms of women who have paved the way for other women, Senoritha Sangma from the Selsella IVCS Ltd.is leading by example. Trained in food processing by Megha-LAMP, her unit is producing a variety of value-added products like banana and casava chips, pickles, juices, and wine made from local fruits. From this enterprise, she has become economically independent. She herself is a master trainer imparting her learning to other women and youth in Selsella Block, West Garo Hills. The Government took notice of her hard work and in 2021, she was an awardee of the Chief Minister’s E-Championship Challenge during the first edition of the PRIME Entrepreneurship Awards. When asked, Senoritha stated that she only hopes to inspire future entrepreneurs so that the community will stand to benefit the most.

A resident of Niriang village in Thadlaskein C&RD Block, West Jaintia Hills District and member of the Niriang IVCS Ltd., Blossom Nongrum is a producer, supplier, seller, and big proponent of organic vegetables. Her choice of fertilizer – just manure. Her products can be found in the local markets of West Jaintia and East Khasi Hills. And in 2018, she was a participant at the Mahila Kisan Divas where she along with other women were recognized for their invaluable contribution to agriculture. Blossom is also an agri-trainer and has built the capacities of over 130 farmers in the state. In her words, the objective is to ensure self-sustenance, promote organic farming and agricultural sustainability, and increase the efficiency of agricultural production while encouraging the younger generation to take up farming activities as foundations for a better quality of life.

Duty Surong has been making herbal medicines for over 24 years and has been sourcing herbs and plants to make medicines for the local markets across the West Jaintia Hills district. She has been trained by BRDC to further hone her skills. The Pamtbuh village resident stated that she is working hard to popularize the use of herbal medicine and preserve this unique and invaluable, nature-based traditional knowledge.

Polika Ch. Sangma is a lower primary school teacher in Bollonggre B1, South West Garo Hills District with a unique leadership style. She has a knack for thinking outside the box and building on an existing idea. She suggested that zero balance savings accounts be available initially to allow members to deposit their savings without any disinclination. This encouraged people to register with the BollonggreIVCS Ltd. in their village and start small savings accounts as per their capabilities. Due to her proactiveness, the IVCS has opened over 250 savings accounts.

Founder of the Makhane Food & Beverages in Tubershohshrieh Village, East Jaintia Hills, Iahphang Dkhar stated that she was once just a day labourer who yearned to make change happen for her community. Supported by Megha-LAMP in various training and enterprise development, Iahphang applied her learning to introduce innovative approaches to food. Today, Makhane Food & Beverages is very popular in the area, attracting both local and tourist foodies. She aspires to share what she has learned so that talent is nurtured and potential is fulfilled. 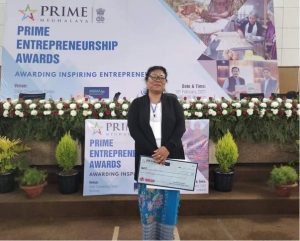 Lolindha Sangma’s life story and determination for success have served as encouragement to the youth, the women folk, and the men in her community. As the Secretary of the Dabram IVCS Ltd., her job comes with many responsibilities, which can seem overwhelming given her other livelihood activities. But Lolindha is an expert in time management. She has IVCS duty in the morning from 8:00 am to 11:00 am and again in the evening hours from 3 PM to 5 PM. She spends her afternoons farming in the fields, running a small tailoring business, and taking tuition for the children in her village. The IVCS has become one of the best-performing institutions across the State. Women look up to her as an example and have come forward confidently to invest in the IVCS.

30-year-old Nebel Manar works as an Asha at the Lumshong PHC situated in Wahiajer Narpuh under Khliehriat Block, East Jaintia Hills. The mother of three has also been overseeing the implementation of various NRM interventions as the Secretary of the Village Employment Council (VEC) and the Secretary of the Integrated Natural Resource Management (INRM) Sub-Committee. Her community members hold her in the highest regard given the many roles she plays as a leader. Nebel’s drive stems from a yearning to see inclusive development occur in her hometown. Most recently, she was able to intercede and avail schemes from different departments for her community.

Junemary M. Sangma had little choice but to drop her duties in the Simkalanggre IVCS Ltd. because she is now a highly successful cashew nut producer/ entrepreneur with multiple markets and demands to cater to. The 40-year-old from Simkalanggre village in South Garo Hills District sells an incredible one truckload of cashew annually, which is approximately 15 tonnes. She has markets in Maharashtra and Karnataka and locally, in Singimari and Mankachar. Despite the hectic workload, Junemary keeps about 400 bags of cashew as buffer stock for every next season and still finds time to grow areca nuts so that other households in the village could loan them from her. Profit margins can range from Rs. 80,000 to 90,000.