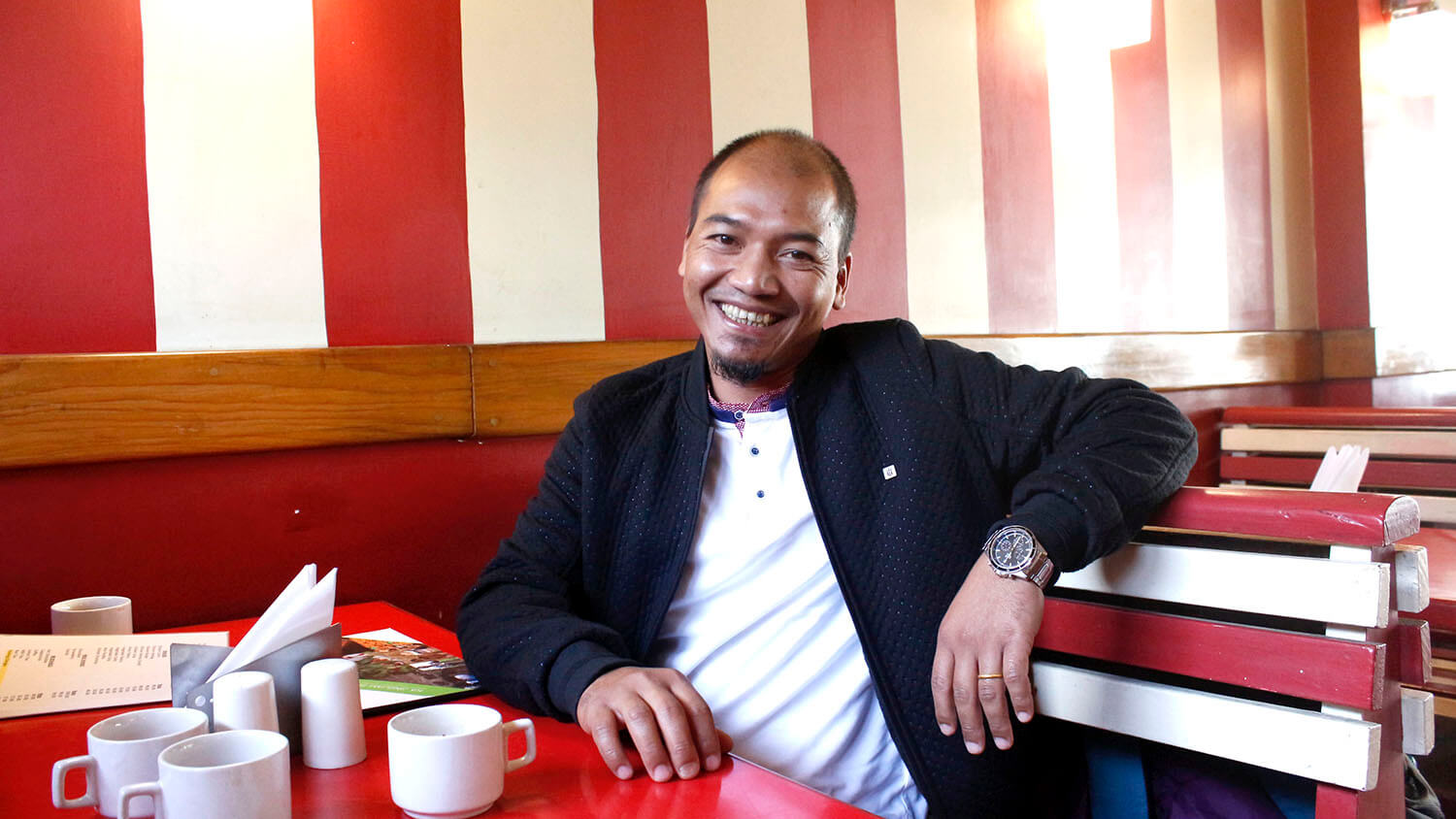 RAYMOND E. LYNGKHOI: TOUCHING HEARTS THROUGH THE STOMACH/ DISHING INNOVATIONS ON A PLATTER

Raymond E. Lyngkhoi graduated with a bachelor’s degree in Economics in 2008, but a year prior, he had already started working part-time as a Placement Coordinator at Don Bosco Technical School in Shillong to save up for his restaurant plan. From an early age, Raymond grew up harbouring dreams of one day becoming a self-sufficient entrepreneur. The hope was to set up a feasible business endeavour in Riangdo Village, which is close to home in Lawdap Village, rurally located about 20 kms from Riangdo, and roughly 45 kms away from Nongstoin, the district headquarters.

The restaurant idea first occurred while he and his friends were dining at a fast-food restaurant in Shillong. It struck him that there was no such establishment anywhere in and around Riangdo. Raymond realised that this was a big opportunity. He started visiting fast-food restaurants and cafes and even made friends with some of the cooks to learn about the many intricacies behind running and managing a restaurant. Shortly after, Ray’s Restaurant was open in Riangdo in 2009 thanks largely to the savings he had accumulated from his job at Don Bosco Technical School. 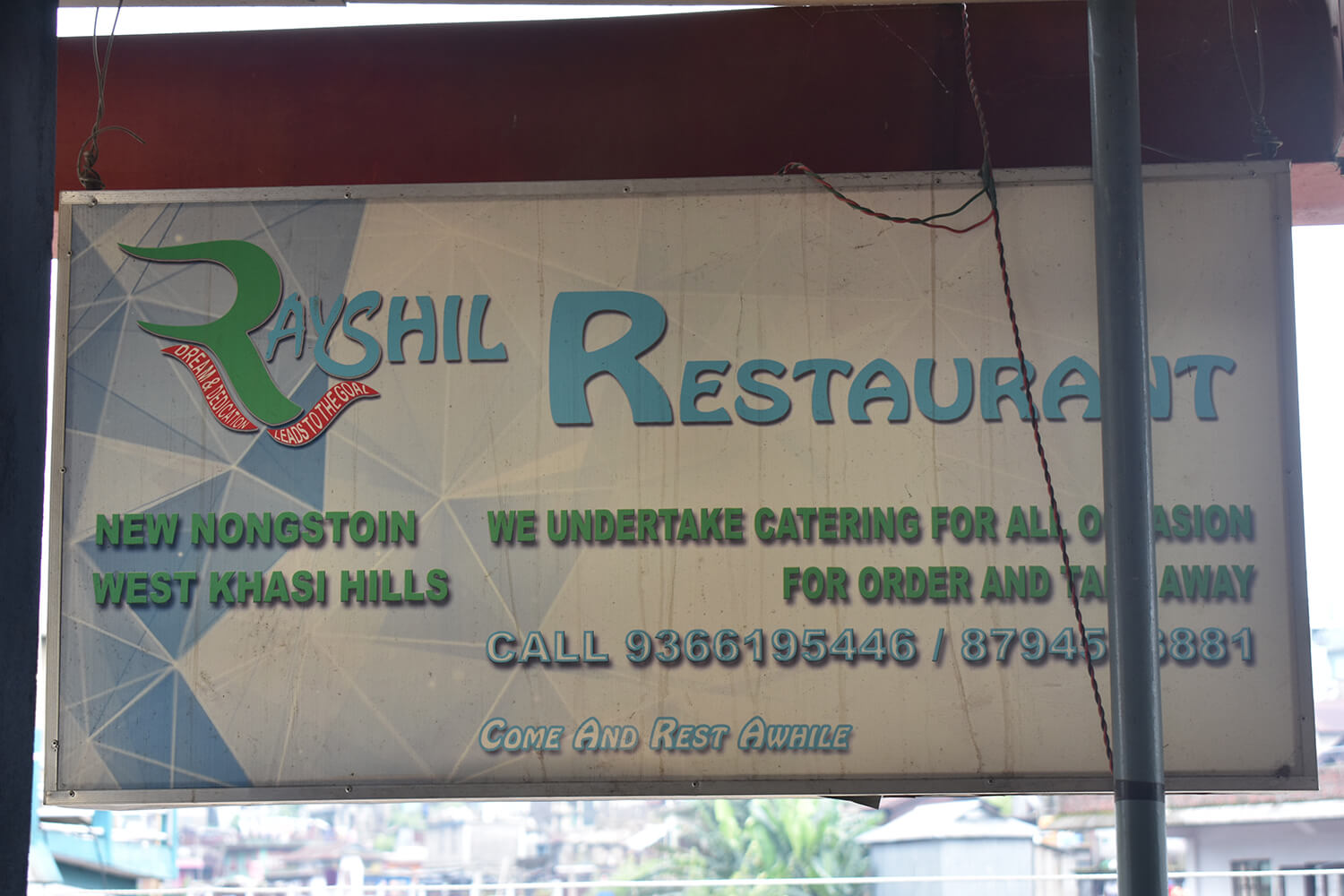 As an owner, however, it took him several months to work out the finer details of the food business. Running a restaurant can be a difficult proposition as several factors have led to most restaurants closing within a year after their doors were opened. Profit margins can be razor-thin, and a lack of skilled labour and long working hours makes the sector taxing. Nevertheless, Raymond persevered, determined to succeed.

In time, he realized that noodles can also be made at home. After a short research, he set up a cost-effective noodle-making unit in Riangdo. The plan was to manufacture noodles and sell them to other restaurants in Nongstoin. In 2012, he applied for a loan under the Prime Minister’s Employment Generation Programme (PMEGP), a credit-linked subsidy scheme that includes support to micro, small and medium enterprises. He was sanctioned Rs. 6, 00,000, and he opened his unit in November 2012. At the time, it seemed his dreams were close to being fulfilled, but what happened next was unforeseen, and ill-timed.

A massive storm hit Mawshynrut area in March 2013 and Riangdo Village along with thirteen other adjoining villages were ravaged. It was reported that the devastating cyclone accounted for the lives of three people with over fifty suffering other injuries. Raymond’s noodle-making unit was also badly damaged. But it was not in his nature to give up. Slowly, the process of rebuilding began, and he managed to repair enough of his machinery to be able to serve noodles at his restaurant. It took much longer than anticipated, but he was able to eventually repay the PMEGP loan after three years. In the years that followed, Ray’s Restaurant ran well, but for the sake of the long term, it was never going to be enough. The next big step was to expand into Nongstoin town, which houses about 29,000 residents, more than thirty times the population of Riangdo. 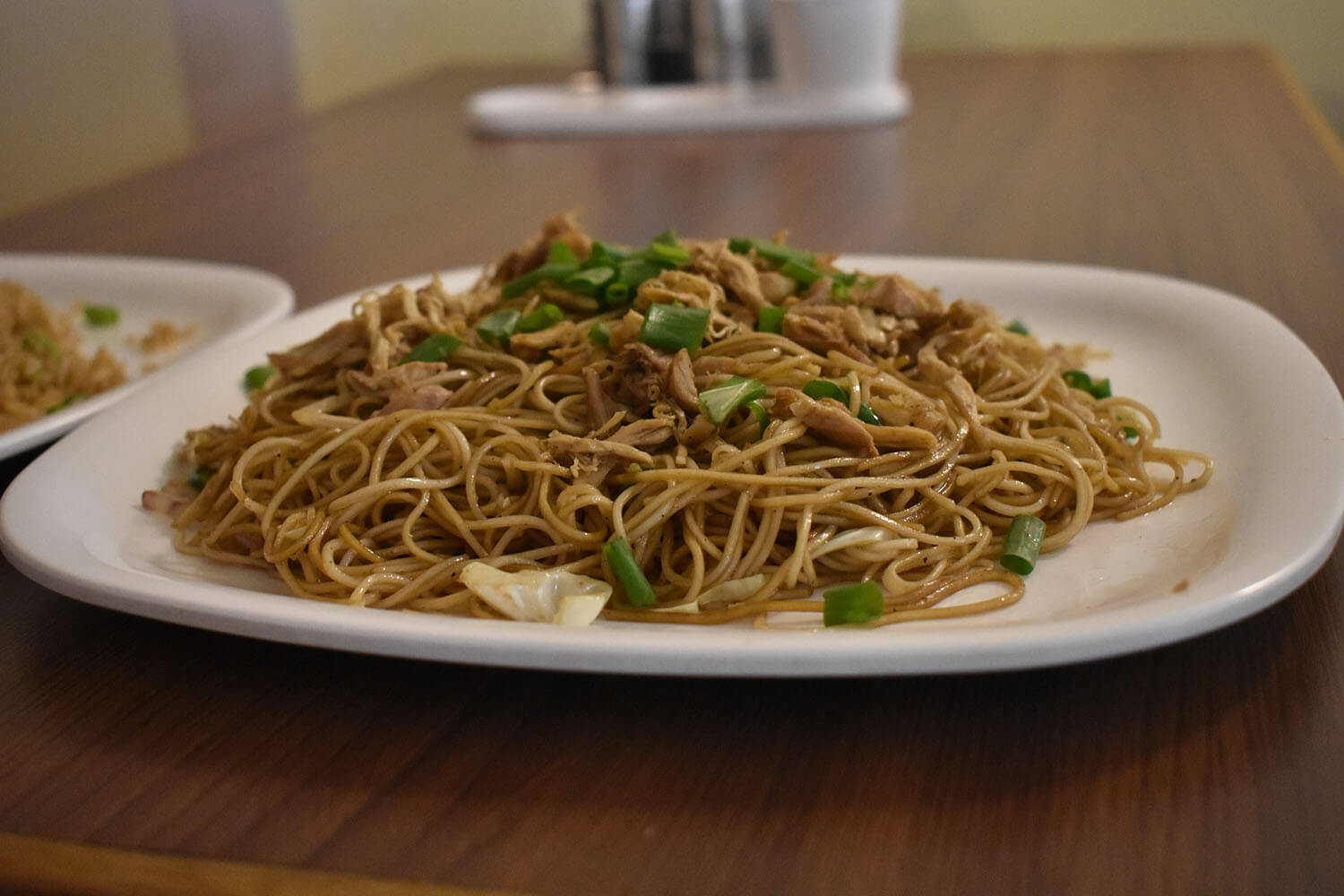 The restaurant competition is always fierce, and in a much bigger town such as Nongstoin, the small menu which caters to his customers in Riangdo did not suffice. Hence, he registered as a partner of the Meghalaya Basin Development Authority (MBDA) and was sent to participate at a training on advanced culinary at the Institute of Hotel Management in Shillong. There, he was trained in Indian cuisine. He learned about how a number of these dishes necessitate the use of ingredients such as ginger, cinnamon, tamarind, coriander, garlic, and cloves, and about the complex spices involved to complete a dish including the many versatile flavour pairings. By the end of the training, he had learned how to prepare chicken butter masala, chicken curry, aloo matar, and shahi paneer, amongst others, enough to create a new menu to serve customers of a bigger town. 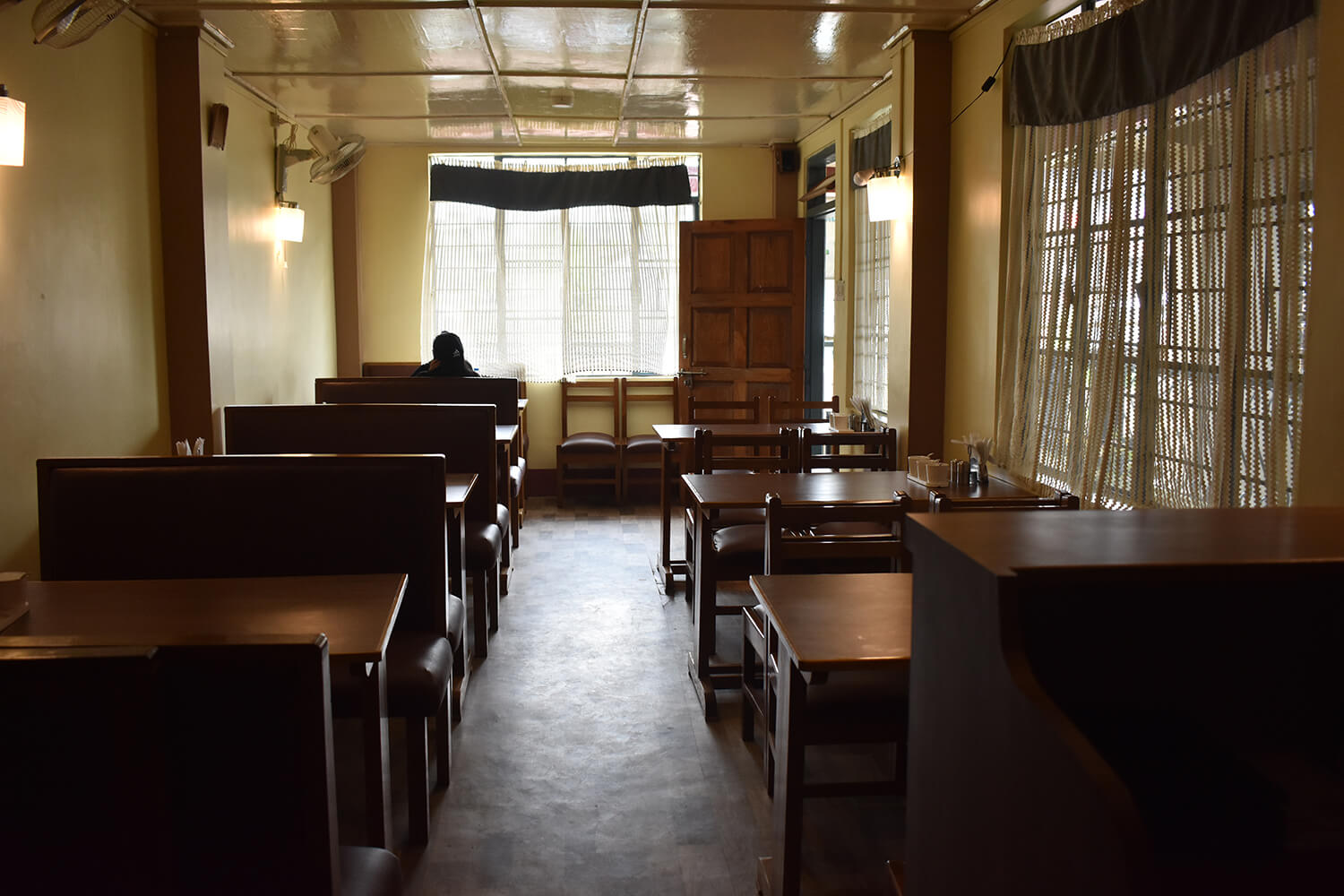 Rayshil Enterprise opened in 2018 in Nongstoin under the self-fashioned motto, “Dreams and Dedication lead to Goals”. There are ten employees – six men and four women. Together with Ray’s Restaurant, the average turnover is a healthy Rs. 50, 000 per month. To most, it may seem that he has made it as an entrepreneur following a decade filled with moments of sacrifice, loss, and perseverance. But the ever-enthusiastic Raymond has even more goals to accomplish. For him, the vision will finally culminate when the food that customers are served at both his restaurants is completely organic. 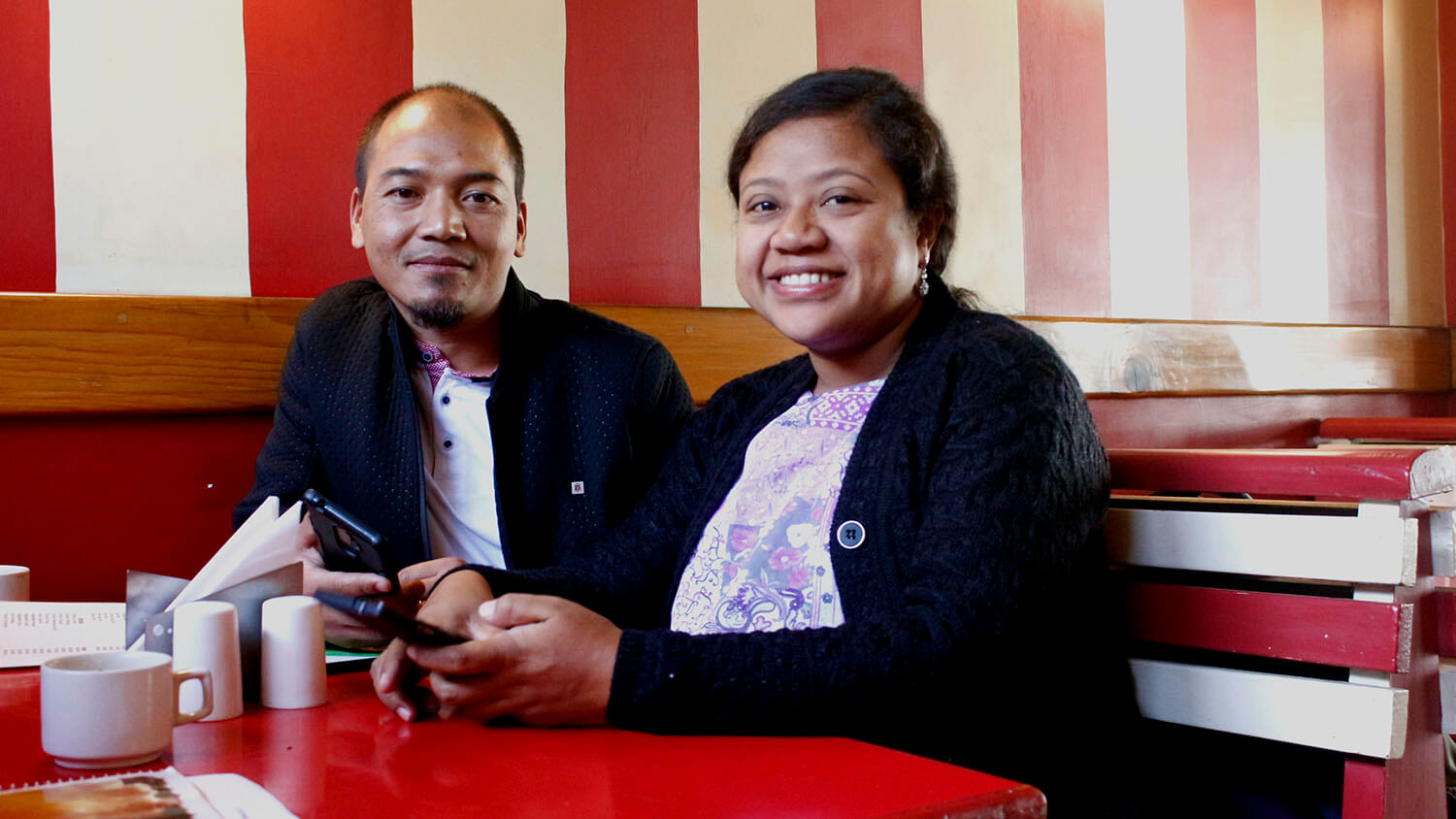