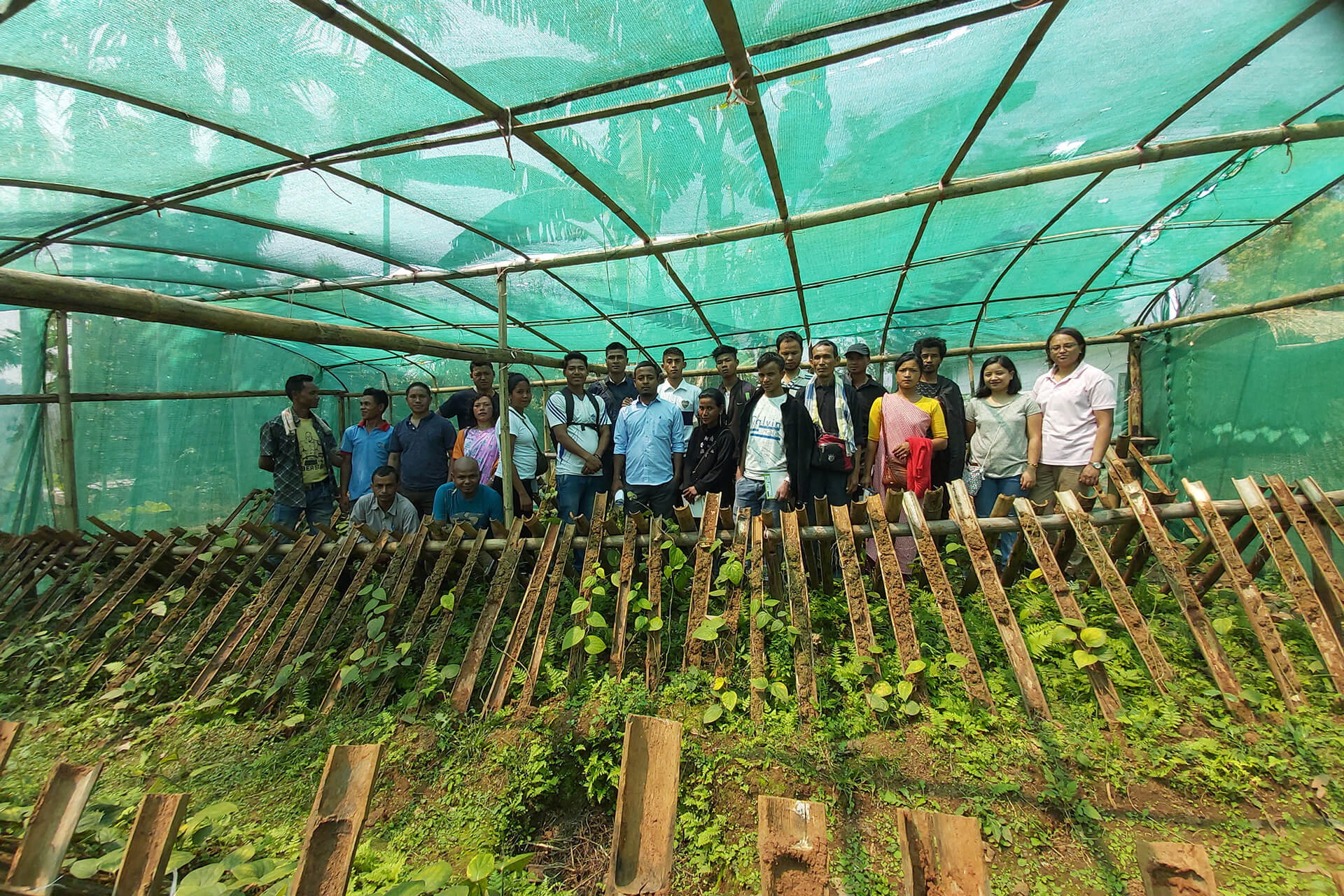 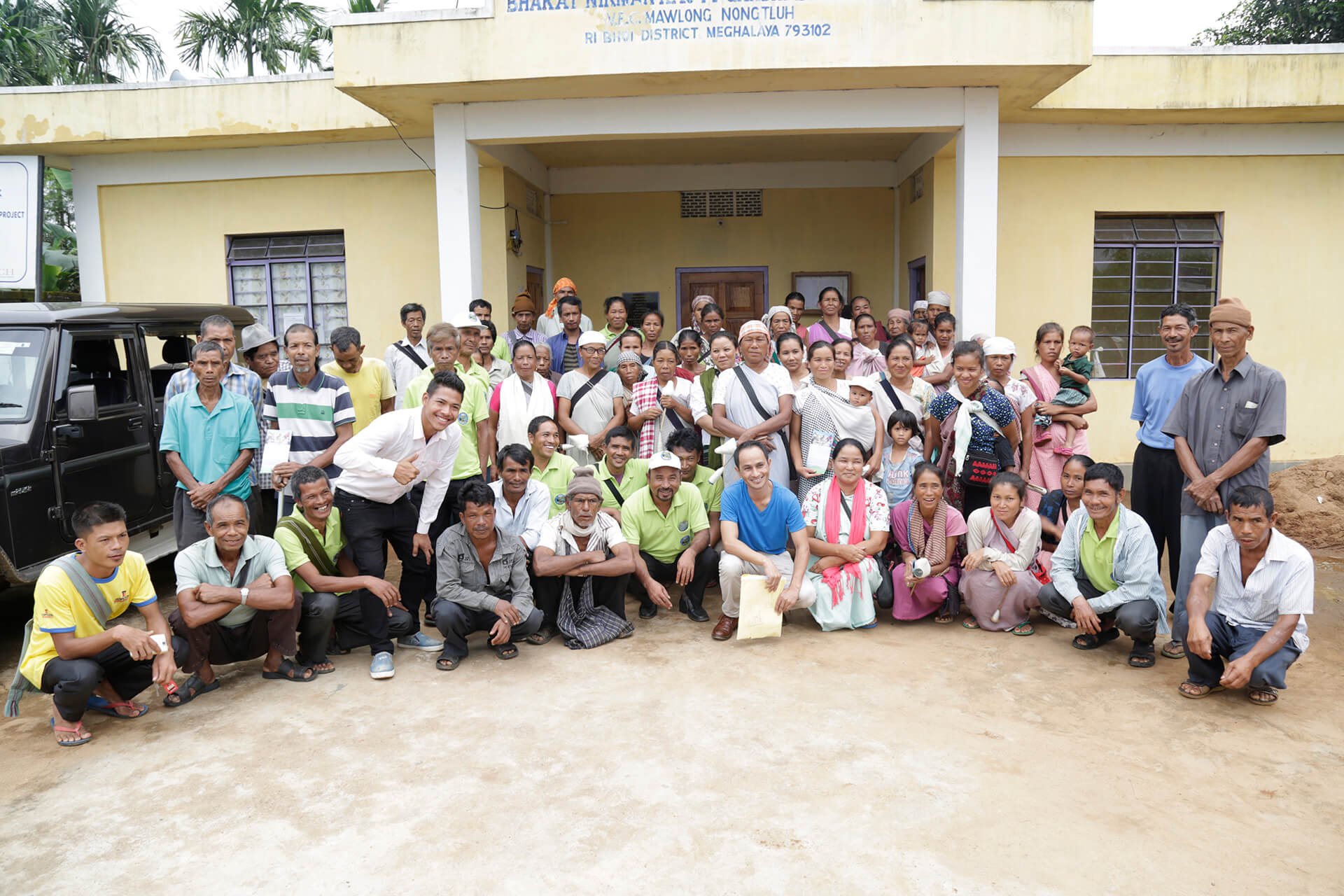 In 2017, the Rural Finance team conducted an awareness programme on the Integrated Village Cooperative Societies (IVCS) at the Block Office in Umling village, Ri-Bhoi District. The village headman, the assistant headman, and a few members of the Village Executive Committee (VEC) of Mawlong Nongtluh attended the programme. The participants were very impressed with the proposed initiative and decided that forming an IVCS in their village was very feasible. The first step was to inform other Executive Members of the VEC about this exciting initiative.

That October, another awareness programme was conducted and this time, organized by the village members themselves with support from the DPMU-Ri-Bhoi. On the 3rd of October, 2017, and with 20 registered members, the Mawlong Nongtluh IVCS Ltd. was officially formed. Membership fees were determined to be Rs. 500 per head, and each member had to hold at least one share.

Mrs. Rilians Syiem, a member of the Managing Committee of the Mawlong Nongtluh IVCS Ltd. spoke about the pros of an IVCS especially in the rural areas where banking facilities are not always accessible. She advocated complete support to the IVCS model, and she along with other women members, decided to spread awareness about the IVCS initiative with other village localities.

“Initially, it was fairly difficult to get the community to agree to the IVCS model and to make them understand about the benefits of forming one. This was because most of them could not fully grasp the concept. But, since we believed in the IVCS initiative, we persevered with our own awareness campaigns and in time, our hard work paid off as people would come to register on their own. Within a year, membership strength had increased from 20 to 401. The IVCS is helping us as we can save our money and we can also take any type of small loans during emergencies without having to go through the hassle of a complicated documentation process.”

One member applied and was approved of a loan of Rs. 3,000 in June 2018 when his crops were attacked by pests.

“By getting the loan, I was able to save my crops from the pest attacks and thus, avoid loss. But if I had applied for a loan from the bank, the expenses spent in commuting to Nongpoh and back would have been more than Rs. 3, 000, and by the time the process is approved, my crops would have already been destroyed”

Mrs. Streamlet Mawphniang, an agricultural farmer, opened a savings account in early 2018 and she has been saving between Rs. 100 and Rs. 200 per week at the IVCS, which otherwise would not have been possible given how distant the Bank was. 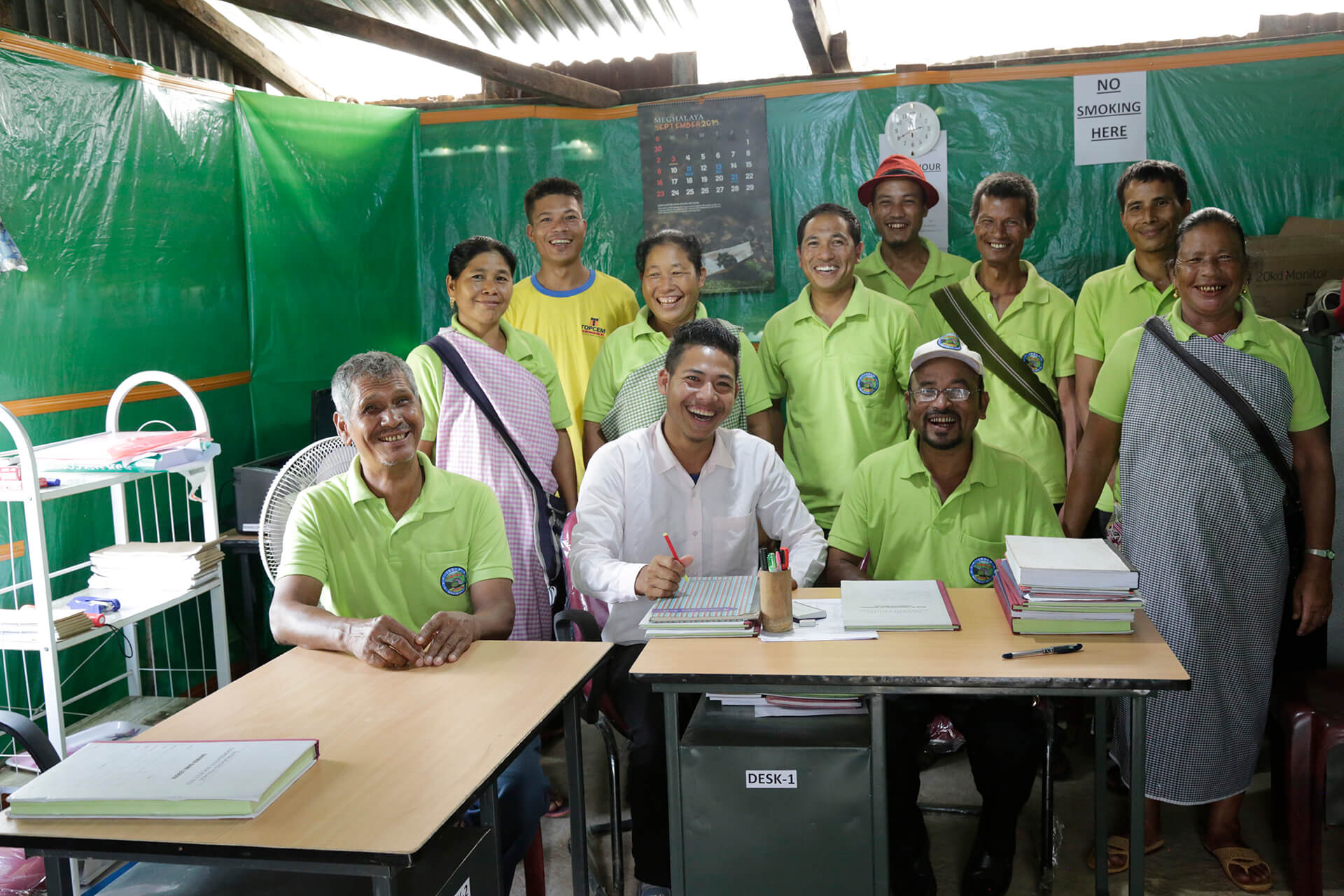 Mawlong Nongtluh IVCS Ltd. has since become one of the top-performing IVCS anywhere in the State. It is thriving because its members have common goals, and have regularly been able to identify and invest in the right opportunities. For e.g. a survey conducted on construction work in the village and four other neighbouring villages revealed that the villagers would have to travel to either Umden or Nongpoh to acquire a bag of cement priced at Rs. 450 per bag. Sensing an opportunity to expand, the members of the IVCS met with a few cement dealers based in Nongpoh to determine if selling cement at their village was a viable plan. Hence, an investment of Rs. 40, 000 was made in renting a shop within the village to sell cement at Rs. 430 per bag to members and Rs.440 per bag to non-members. The shop opens three hours in the mornings, and three in the evenings. Mr. Shanbor Syiem, a member of the IVCS, has been kept in charge of the shop and is paid an honorarium of Rs. 1000 per month. According to Mr. Syiem, an average of seven to eight bags is sold every day, and the margin of profit is between Rs. 2,000 and Rs. 2, 500 per pick-up truck. 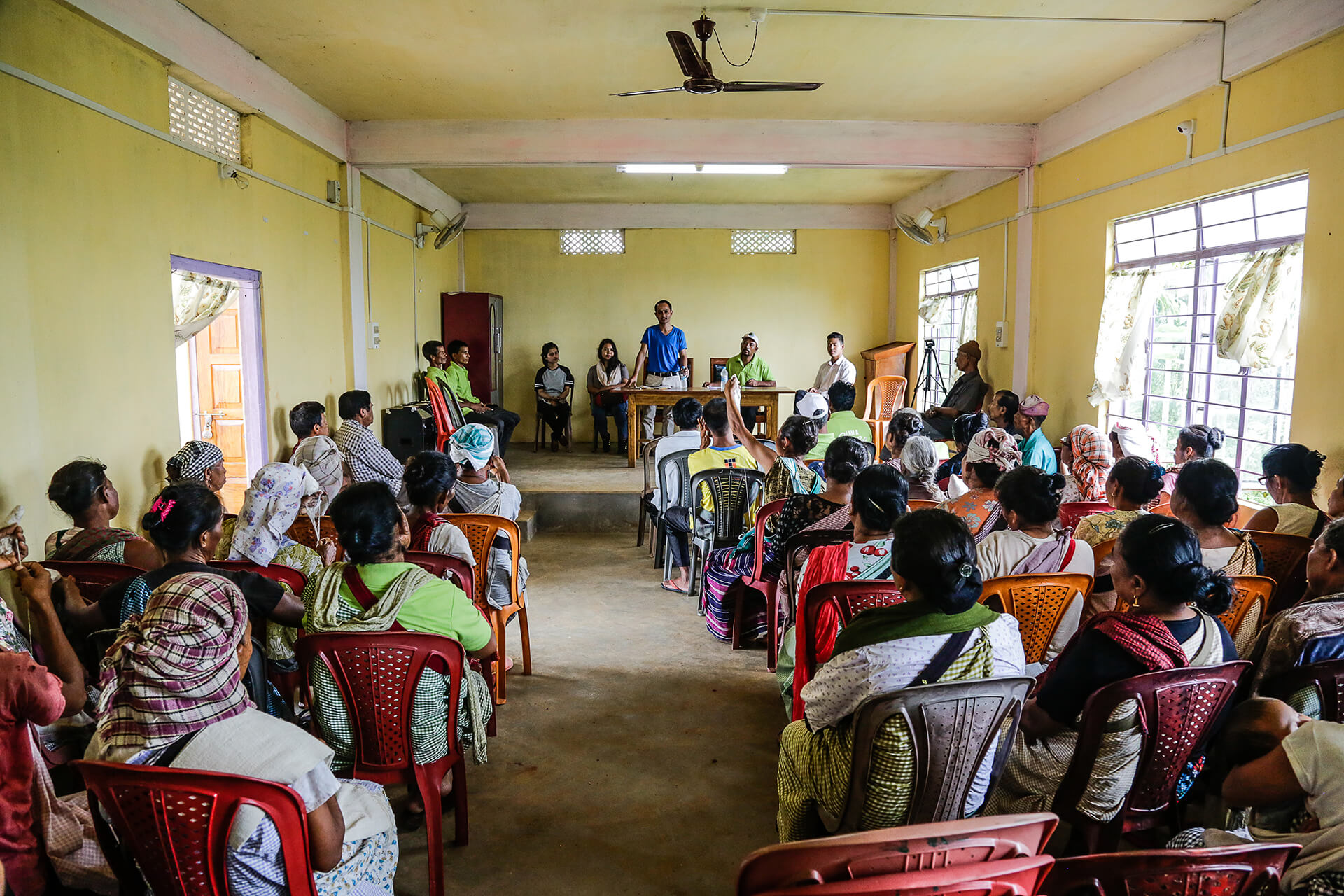 A variety of spices are grown in Meghalaya due to favourable soil conditions, and these include turmeric, chilli, bay leaf, and black pepper. Of these natural spices, black pepper is one of the most grown and most demanded in Ri Bhoi District. The IVCS identified that this was another opportunity to expand activities, and as such, a nursery was set up when one member was able to provide a piece of land. Such was the demand that bookings flew in before the black pepper saplings had even matured. The IVCS priced each sapling at Rs. 15 for members and Rs. 20 for non-members.

Another business venture that the IVCS facilitated is pineapple plantation. A member donated land for cultivating pineapples while other members contributed seedlings. The IVCS made huge profits during the harvesting season in 2019.

The model Mawlong Nongtluh IVCS Ltd. illustrates that investing in forming an IVCS particularly in rural areas can be truly beneficial and can help bridge many gaps. The IVCS has also demonstrated that formation is simple because an IVCS is based in one village, and can extend membership to all eligible adult members. Perhaps, the most helpful feature of an IVCS is that services are made exclusively available to all individuals of the village, and are not confined to only business groups or groups of people.