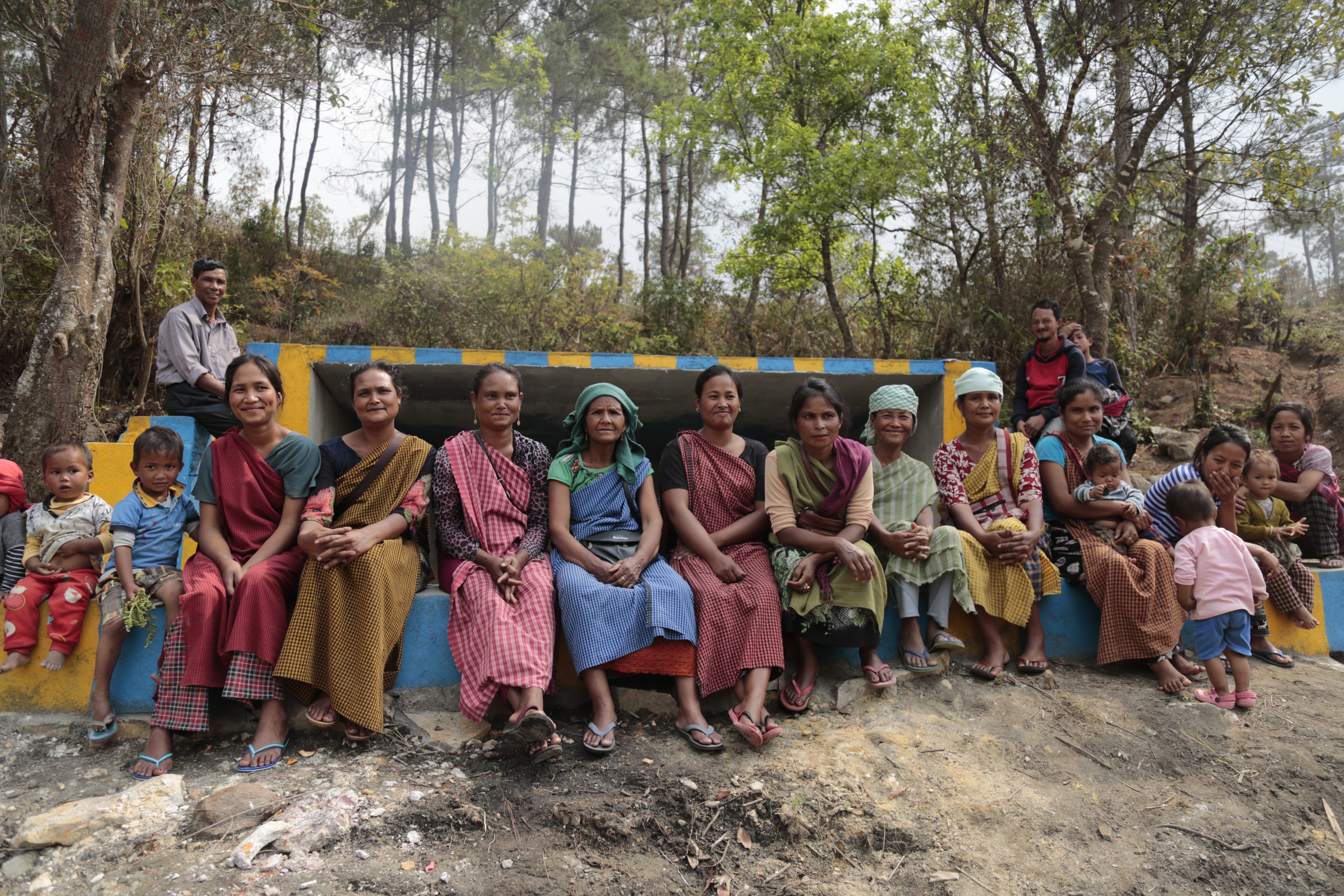 Larnai Village in West Jaintia Hills is located about 19 kilometers from the District headquarters, Jowai, and about 8 kilometers from the Block headquarters, Thadlaskein. There are 175 households in Larnai and the village is home to 1161 people. The village faced big problems with safe drinking water as the source was unclean and unsanitary, and was contaminated by animals. There was always a shortage of water in the lean winter seasons. With the population increasing, so too did the water demand, and this challenge prompted the committee members of Larnai to look for ways to improve the living conditions. In this way, an initiative to be led by the community was regarded as the best way forward, and the Meghalaya Livelihoods and Access to Markets Project (Megha-LAMP) became the intervention.

The first step was to conduct Participatory Rural Appraisals (PRA) exercises to map the available resources and the land used land cover of the village so that a plan for the implementation of activities can be developed.

The executive members of the community raised their issues with the supply of safe drinking water before the District Project Management Unit team in Thadlaskein Block. The Field Engineer of the District was also present at the meeting.

A site inspection was conducted by the engineer to the springshed to study the feasibility of the land for initiating interventions under the project and to diagnose the problems at the water source. It was found that the spring chamber was exposed to pathogens and animals, and the water discharge was low. It was decided that Contour Trenches can be built to reduce the surface runoff of rainwater and to allow infiltration and to trap water into the ground, and a spring chamber can be constructed in partnership with Megha-LAMP.

The stakeholders for implementing the project at Larnai consisted of the Larnai VEC, the Office of the Block Development Officer (BDO), Thadlaskein Block, the MGNREGA scheme, and the INRM component under Megha-LAMP.

Smt. Baian Blah (MCS) BDO, Thadlaskein Block informed that the 3 rural development projects were built and implemented by Megha-LAMP in convergence with the MGNREGA scheme viz., an RCC Check Dam with a total project cost of Rs.2.93 lakhs, a Drinking well with a project cost of Rs. 1.6 lakhs, and Contour Trenches with project cost amounting to Rs. 4,375. All 3 projects were initially planned and selected by the community of Larnai through the Village Employment Council under the ‘Shelves of Work’, which is a 5-year Plan Design selected by the people to bring about development and welfare.

The RCC Check dam was aimed at providing irrigation to a 5-acre paddy field to ensure farming activities even in the winter seasons. The drinking well provides safe drinking water to the community. And the Contour Trenches were constructed to reduce the surface runoff of rainwater, to break up the slope surface, and to allow infiltration and trap sediments so that water availability in the aquifer and the discharge of the spring is increased.

The Field Engineer stated, “Larnai VEC is under Phase III of INRM, Megha- LAMP Project. Following the PRA exercises, paper documents were prepared for opening a Bank Account for support fund transfer. After the village committee had decided the nature of the interventions that were required, a field survey was conducted to study the feasibility of initiating interventions. A plan and estimate were prepared following the approval by the Block Development Officer cum Nodal Officer of Megha LAMP. The project prepares the materials component and MGNREGA prepares the wages component. Further, the Larnai VEC has received the “Challenge Fund” to develop a catchment to protect and sustain the source of the Check dam and to control the runoff. To sustain these projects, the Village Monitoring Committee of Megha-LAMP and MGNREGA will henceforth plant trees in and around the source to protect the ecosystem. The Land Use Land Cover (LULC) MAP, which was a first for us, will help our village to formulate ‘Community Developmental Plans.’”

Water scarcity in the village was mainly seen from December to April. The distance for fetching water is 1 kilometer from the area where its people settle. The biggest positive has been the easy access to clean drinking water and the reduction of drudgery for the women and children of Larnai. The construction work has also been built in a way that animals can no longer pollute the water. Currently, 80 of the 175 households are benefiting directly from the initiative. The community is now looking forward to becoming a Water Surplus village.

A representative of the women of Larnai, Smt. Krelin Sari stated, “For years, we have been facing issues with water scarcity. Usually, we would have to purchase water during the dry winter seasons, but now with the intervention of Megha-LAMP, our problems have been eased. We would like to congratulate our men in the Village Committee for finding long-term solutions to our water issues. Lastly, we urge the village dorbar to ensure the sustainability of the interventions. They must preserve the sources of water and protect the ecosystems”. 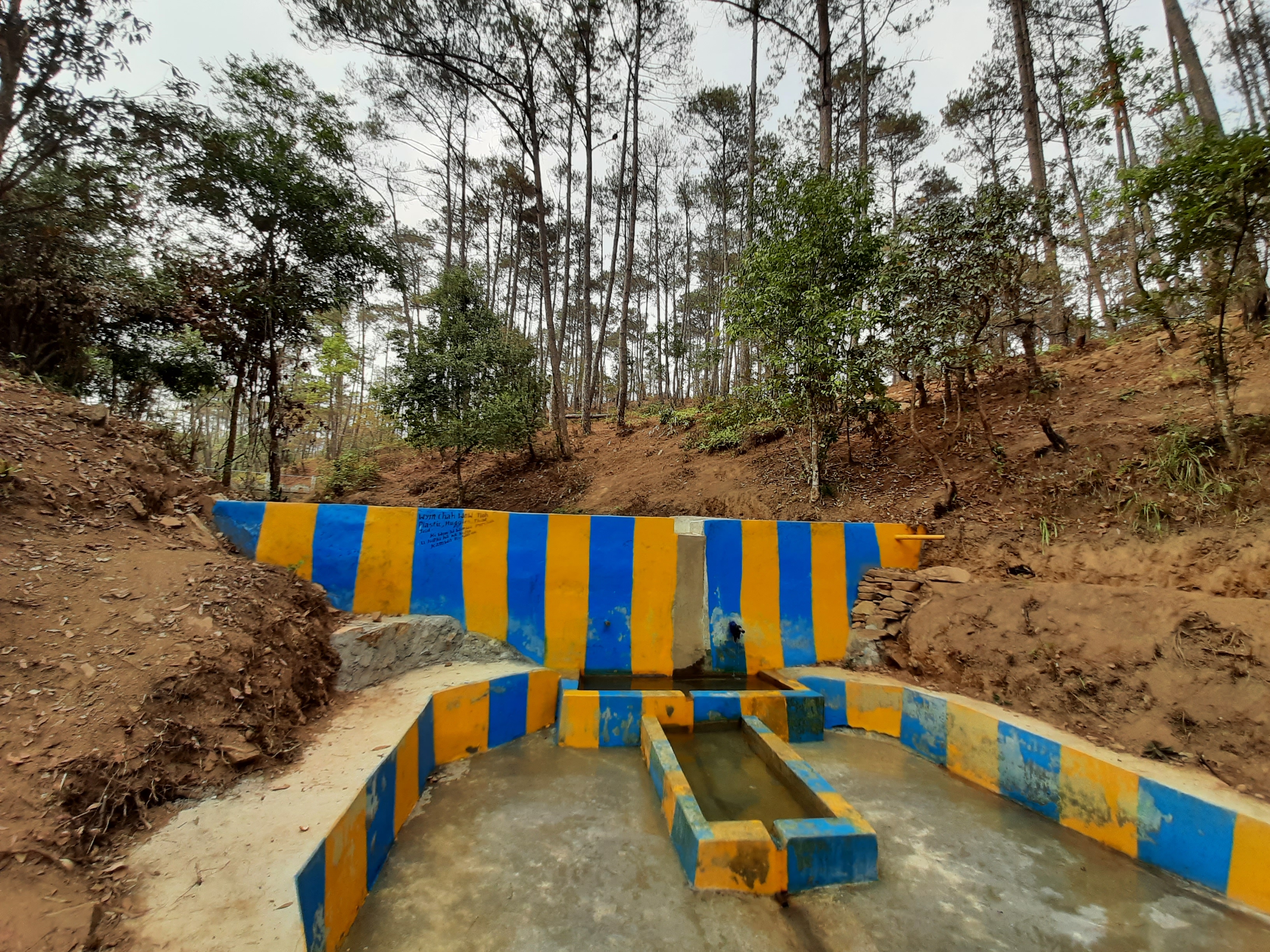