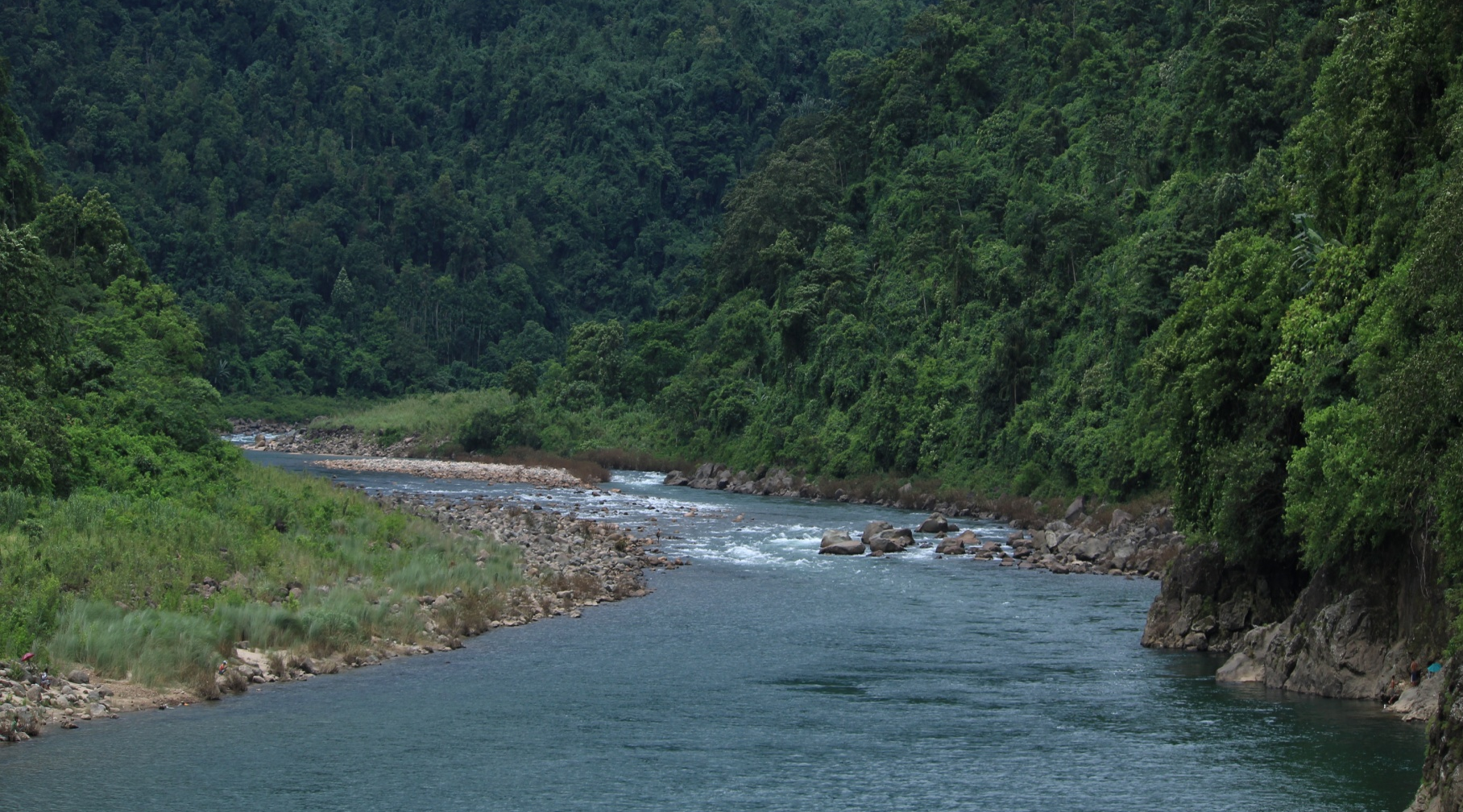 Umpung Village is located about 72kms from Mawkyrwat, the district headquarters of South West Khasi Hills District. The village is under the Ranikor C & RD Block and is about 10kms from Balat Market, one of Meghalaya’s two trade markets along the Indo-Bangla border, the other being in Kalaichar, South West Garo Hills District. Umpung is one of the oldest villages in the area, formed about 70 years ago. It is governed by a traditional village dorbar, and a Myntri appointed by the Hima is the chairman/head of the village. Its community is largely engaged in agriculture activities while a small percentage of the populace is involved in other livelihood activities. The village is also a popular tourist stop.

Umpung is known for the Umngi River which passes through the village, the Umpung bridge across this river, the Umngi Fish Sanctuary, and the Hill Myna Sanctuary. It is also one of the 15 villages in South West Khasi Hills associated with the “Friends of the Umngi River”, a local non-profit organization that has worked tirelessly to preserve the ecosystems in and around the river. The village is also renowned for its various innovative policies against environmental contamination and has been an example for other villages in the global action against plastic pollution.

The Dorbar Shnong of Umpung came up with an inspired approach to preserve and safeguard the Hill Myna, the State Bird of Meghalaya which is on the endangered species list. The bird has made Umpung its home for generations. In stories told by the elders of the community, the Hill Mynas would roam the skies freely and coexist with the people of the village. A developing trend lately however has been the growth in demand for these birds at the black markets. They would be captured during the breeding and nurturing seasons when they are most vulnerable, and sold or smuggled to Bangladesh. The village witnessed the number of Hill Mynas dwindle with every passing year. On being made cognizant of this, Umpung laid down strict regulations that prohibit the poaching and capturing of the birds anywhere within its jurisdiction. The village was aided in its mission by the youth, women groups, and volunteers who would patrol the area during the breeding seasons and keep watch on any illegal developments at the markets. The village even facilitated the breeding by crafting nests and hanging them on the highest branches of trees so the birds can lay and hatch their eggs. This sanctuary has been in place for about 7 years now.

Preservation of the Umngi River

As already mentioned, Umpung is a member of the “Friends of the Umngi River” group of villages dedicated to ensuring the preservation of the indigenous species of fish that are found in the area. The village has contributed to the initiative by prohibiting all fishing-related activities in certain areas. Village laws were implemented towards this end and these include the prohibition of plastic use in areas near the river, barring the plantation of local trees by the banks of the river, and imposing a ban on sand mining, among others.

Fight against Plastic Use

Umpung has been combating the use of plastic for a considerable length of time. The village has substituted plastic for biodegradable items such as areca-based crafts (plates and bowls) bamboo water bottles, banana leaf containers, etc. Large-scale plastic cleaning drives would be organized wherein the community would collect and dispose of used plastic in the region and along the banks of the Umngi River. All reusable plastic is recycled and reutilized into crafts. 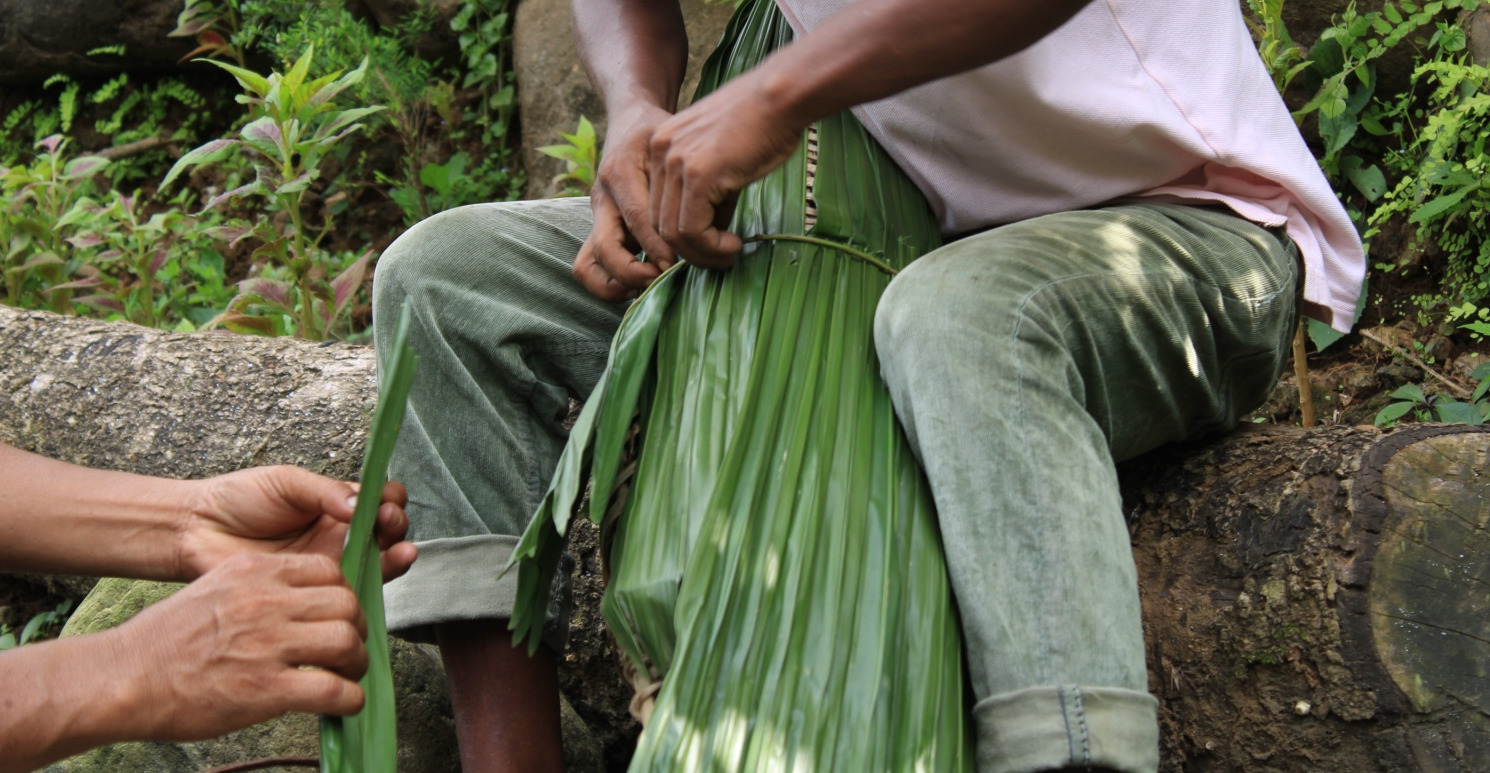 Today, the community reports that Hill Mynas can be seen flying in groups of 7 to 10 at a time, an encouraging increase in number from the groups of 2 to 3 seen just a few years ago. Shri. Robertson Basan (Environmentalist) is the village’s advisor in its initiative to preserve the Umngi River. The Umpung Fish Sanctuary protects its many indigenous species of fish, and the village is a frontrunner in campaigns against plastic pollution.