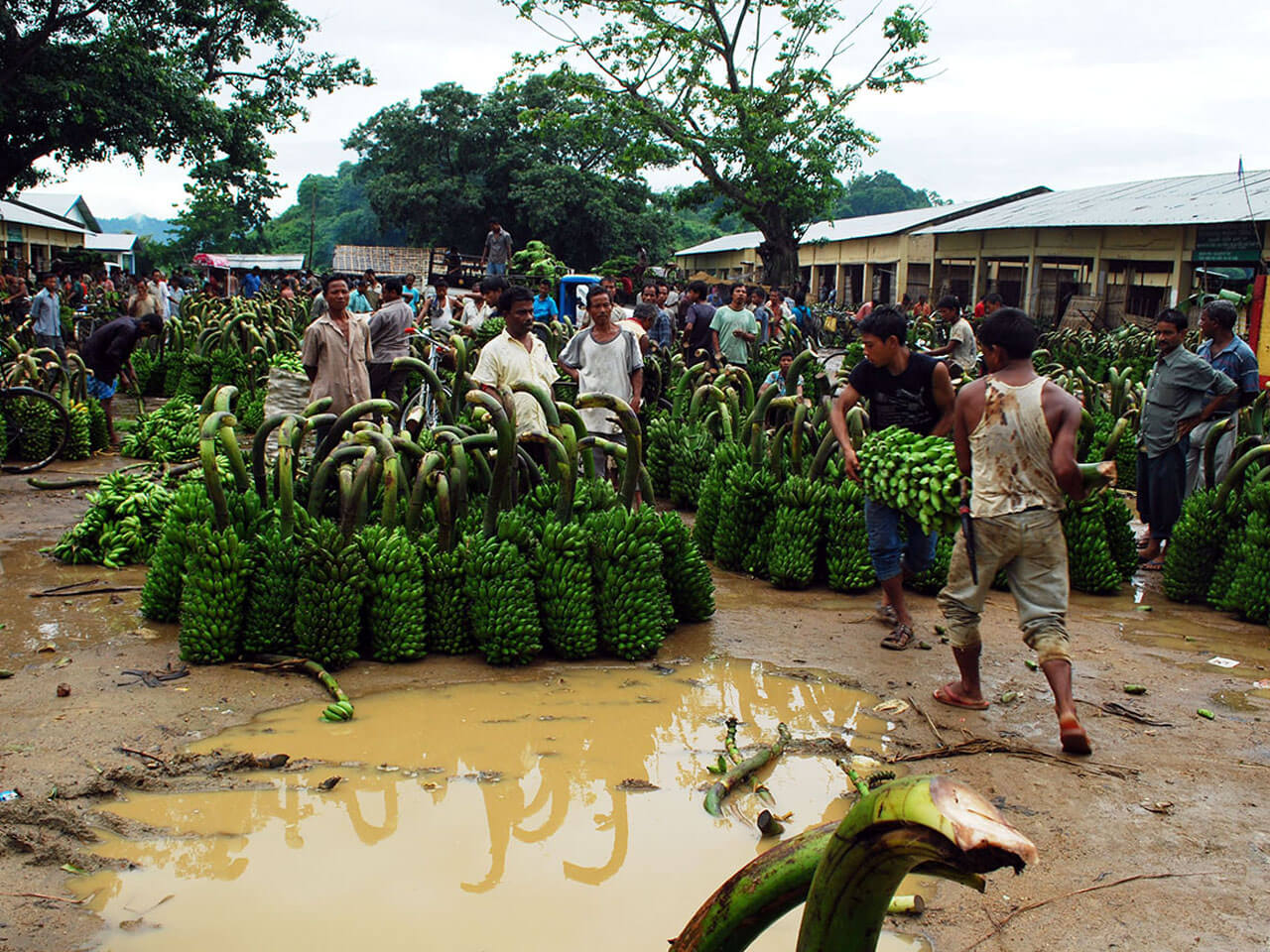 In A.dokgre village of North Garo Hills, although bananas of the region are in high demand due to their organic nature, local farmers were earlier deprived of fair price due to the rates being set by West Bengal and Assam traders. There was a need to streamline the supply chain and introduction of new innovative ways of value addition of banana to improve livelihood of banana growers in North Garo Hills. The Megha-LAMP intervention not only led to the formation of Farmers Producer Organization (FPO) which helps them to link and sell their produce in Bihar without any competition but also increased the demand for the produce. The farmer’s standard of living has greatly improved and they are now looking for more avenues to enhance their activity.

There are a number of banana varieties found and sold in the market which includes – Champa, Malbok (Malbhog), Saheb, Samoi and Ajong varieties. However, Champa is the most predominant variety due to its lower cost of production. The bananas from different A.dokgre farms are collected counted and loaded into trucks that make their way to Asia’s biggest banana market-Daranggiri which is located in Goalpara District of Assam. The sheer size of the banana market is staggering with transactions running into crores per day. Bananas from all parts of Garo Hills are collected, wrapped in banana leaves and sold after bargaining with traders who then shipped them off to various parts of the country. 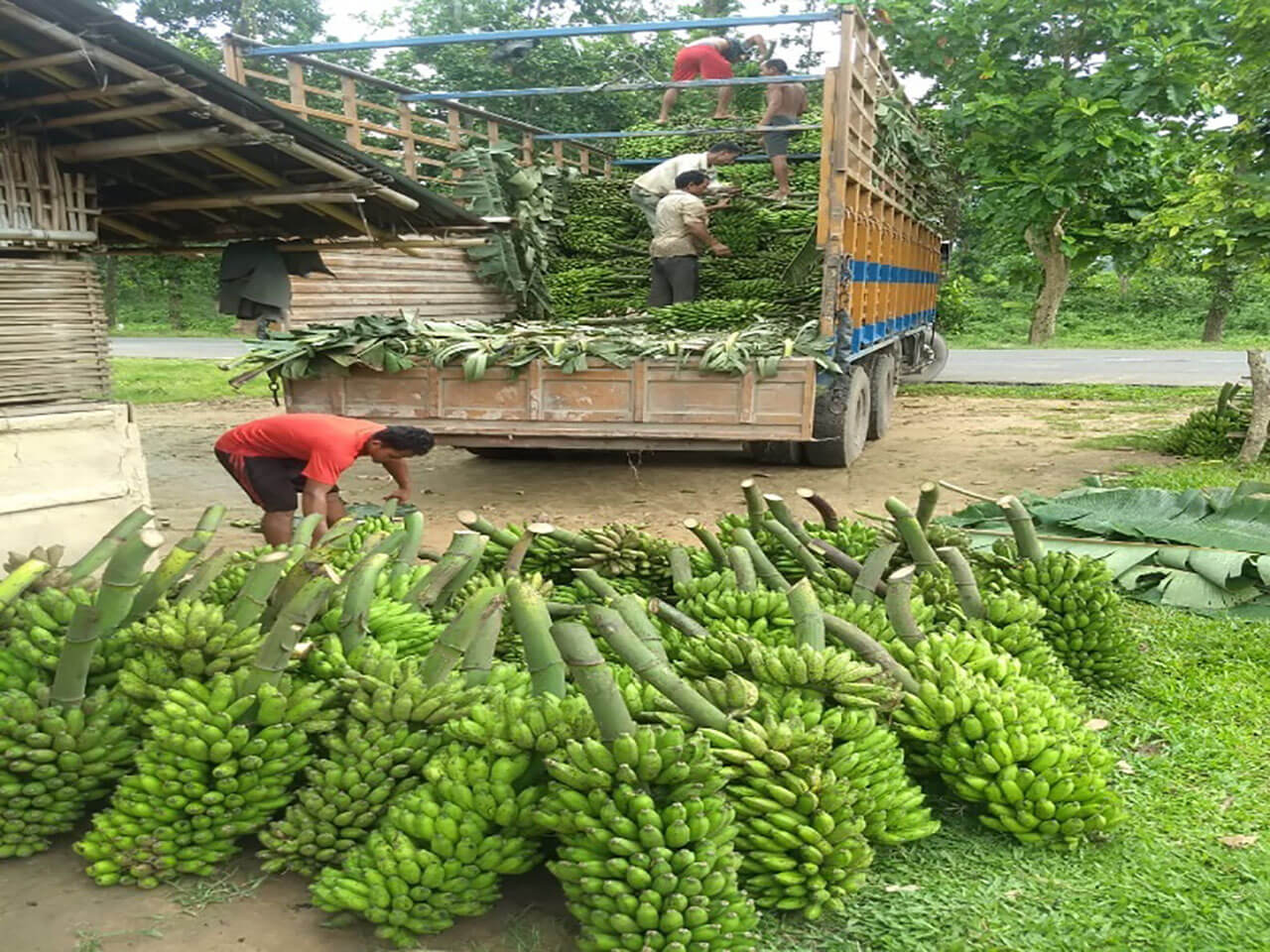 The 13th of July, 2018 was a significant day for the local banana growers. On this day, with the support of Kharkutta MLA, Rupert Momin, the Gairong Area Banana Growers Association (GABGA) was formed. At the time of its formation, this Farmers Producer Organization (FPO) had 8 members representing about 200 banana growers from the area. To mark the occasion, a first trial marketing of bananas was flagged off at Seven Mile, Dainadubi from where the bananas were sent to Siliguri. However, things did not turn out well for them the first time around. At Daranggiri market, the bananas are sold by the stick where as in Siliguri, bananas are bought by weight. This resulted in a significant loss for the growers who paid more than what they were able to sell the banana for. In 2018, they tried selling their bananas in Ranchi but there too was another lesson. Ranchi is a consumption market and the Malbok variety is the better variety for human consumption. The farmers’ Malbok variety was too expensive and too less when compared to its West Bengal counterpart and the Champa variety just could not compete with the Malbok variety of West Bengal in terms of taste.

Today however, things are much brighter for the FPO. With the help of a local aggregating organization – Genesis, they have been able to link with the Gaya market in Bihar and sell their bananas without competition. This variety of banana has been able to find a place in the market because the Champa variety is preferred for religious pujas while the ‘Bok’ or ‘Bhog’ variety which is available closer to them is not. ‘Bhog’ translates to an offering which has already been given to the Gods and hence cannot be offered again. The group sells 1,200 to 1,800 sticks of banana per week and since its formation, it has transported 18 such consignments. In fact, in October of 2018, the demand was so high that the group was sending two consignments per week and had to engage farmers as far as Williamnagar just to fulfill the demand. As of 2019, the FPO has representation from 20 villages and has benefitted about 2,000 banana growers across North and East Garo Hills. 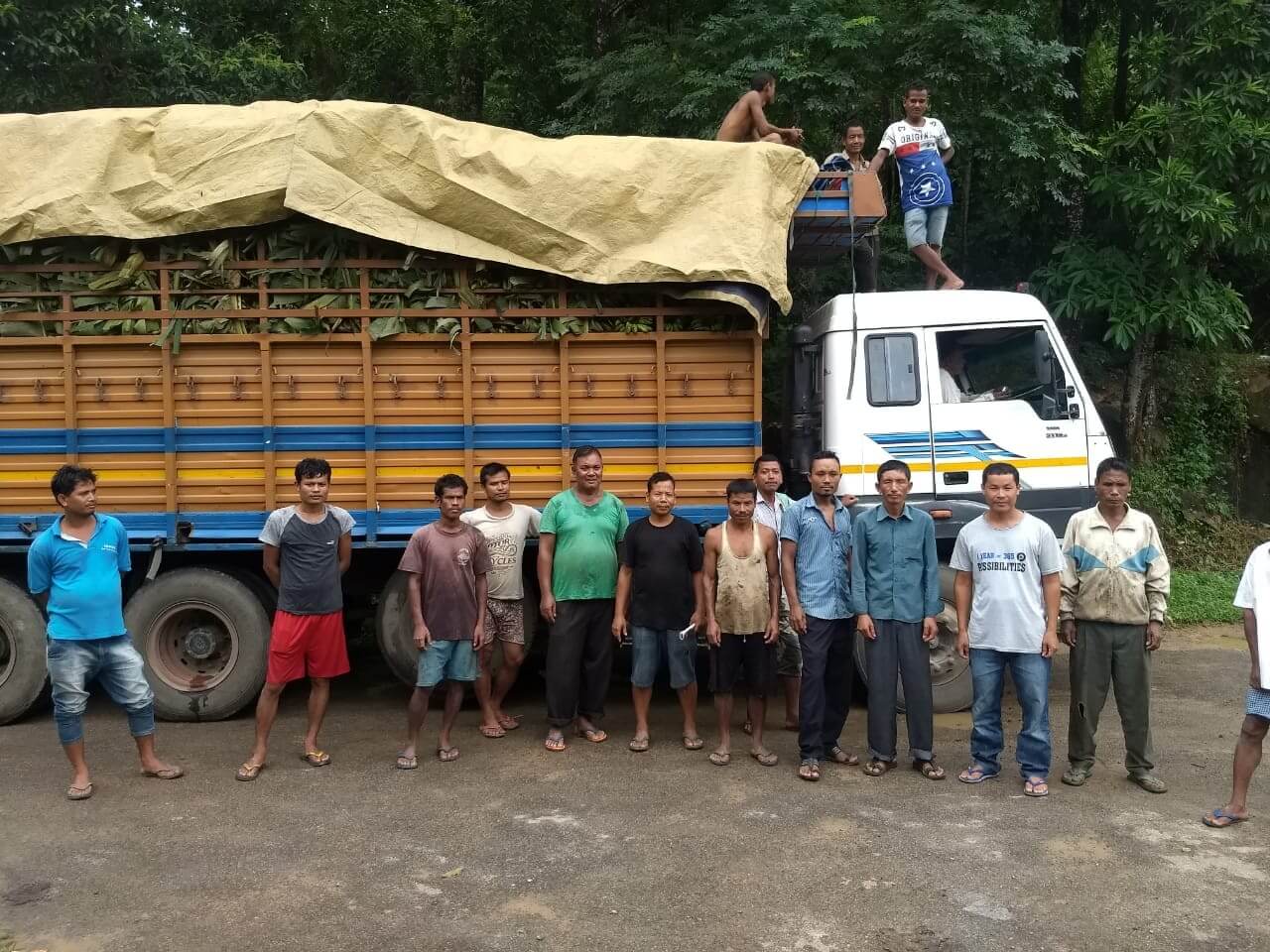 The intervention is now in the second phase of Megha-LAMP. Tissue cultures of banana saplings of G9 variety have been introduced to farmers. The benefit of tissue culture is resistance to pest attack and can grow in the off seasons hence, yielding higher income. This initiative is estimated to increase farmers’ income by 150 per cent. Plantation of banana G9 variety has already begun in five villages and the target is to cover fifty more villages in the immediate future.

In May 2019, the KM team followed up on the intervention and met with Wallingbrush A. Sangma, the Secretary of the Gairong Area Banana Growers Association to discuss the current status of the banana growers in North Garo Hills. He stated that things have definitely improved for the local banana growers and that they are exploring even more avenues to enhance their activity. However, he added that there are challenges also that needs to be overcome particularly with regards to transportation and pricing.

The FPO conducts regular meetings with the farmers to ensure that everybody is heard and that the group can continue to add the best value to the local farmers of the region.

The intervention has helped increase the standard of living of the farmers and with rising demand, the farmers now have to increase production to supply bananas to bigger markets. A survey conducted in June, 2018 by Green Volunteers of Megha-LAMP stated that prior to the intervention, bananas would be sold between INR 20 to 50 per stick but after the intervention they are now sold at INR 70 and higher per stick. Prices rise up to INR 150 per stick during the festive season in October. The survey also expects that the average banana grower with a monthly income of INR 5,000-7,000 will now be able to earn INR 14,000-18,000. Approximately 1,000 farmers will benefit from the intervention.