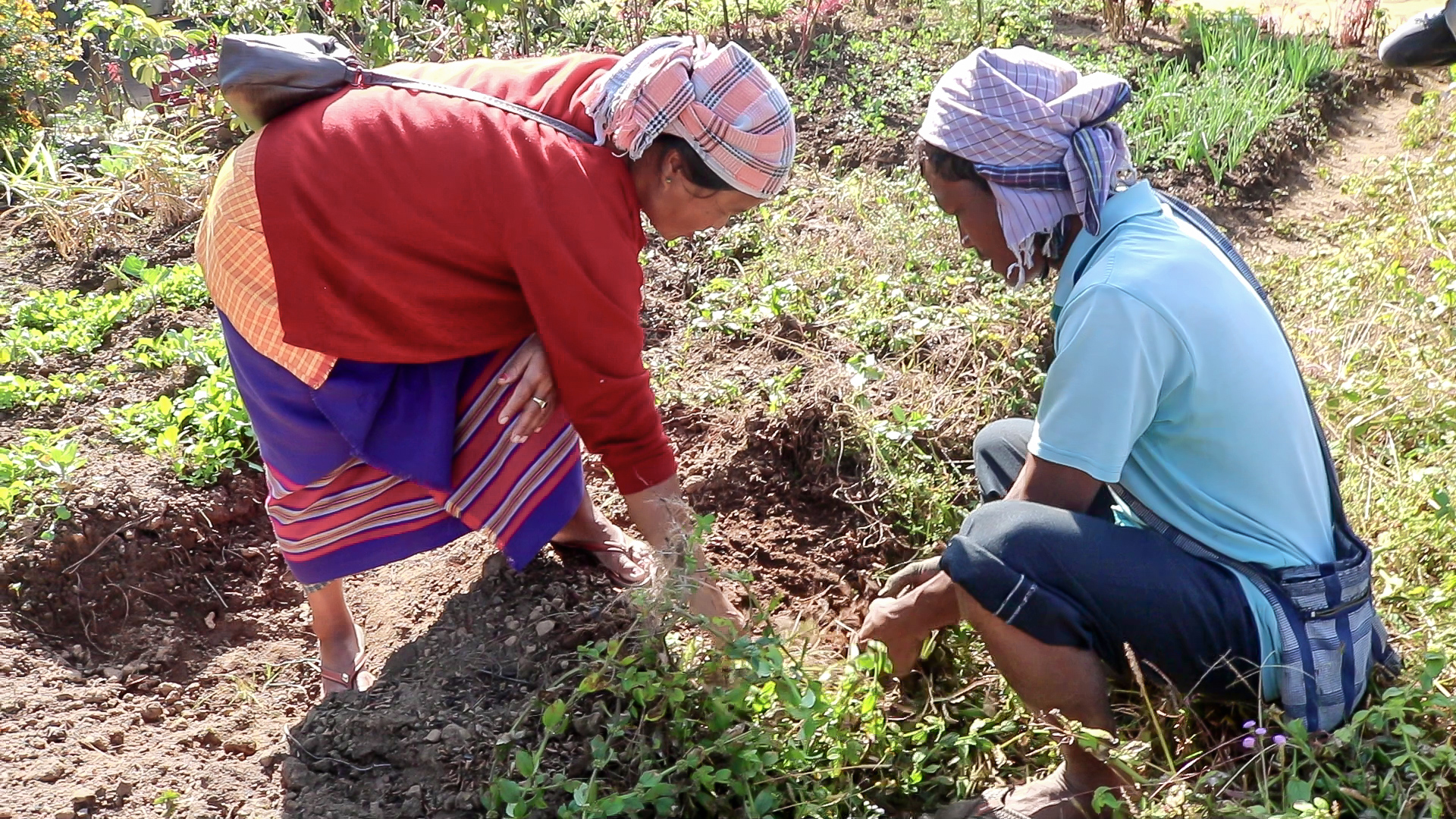 Like many farmers across the East Jaintia Hills district, Kyrsiew Ryngkhlem from Wapung Skur
Village struggled to sustain livelihood activities and support her family on account of farmlands
becoming infertile because of coal mining. Across the region, previously green vegetative landscapes
have become barren and dry, and although the coal mining sector is a major contributor of revenue to
the State and has accounted for the creation of many livelihoods, negative impacts on the environment
continue to worsen and these include depleting natural resources, pollution, health implications,
agricultural productivity, and traditional livelihoods.

But the 40-year-old Kyrsiew was proactive and was able to counter the challenges with a unique
innovation that has since become her own low-cost solution to mine-spoiled farmlands.

Initially, the organic manure-making activity was small scale. The process involves collecting the
grass that grew in and around her kitchen garden and drying them for two weeks. She would then
crush the dried grass into pieces and place them in a pit with cow dung and swine manure for another
thirty days, after which she would mix them with weeds that grew in the garden, the outer layers of
the areca nut, and any other biodegradable waste that she could find. Once dried, her organic manure
was ready for use.

But after seeing how well it worked, she wanted to expand activities and explore the potential of her
homemade organic manure. She bought a plot of uncultivable land measuring approximately 700 sq.
meters in 2015. Kyrsiew was convinced that the experiment would in due course result in soil health
restoration and water retention. She started by tilling the ground and using limestone to neutralize the
acidity of the contaminated soil, and waited patiently.

Within three years, the innovation had reaped rewards. Vegetables were growing copiously and
Kyrsiew was able to sell them at the local markets. She also became a member of a community
Ginger Producer Group under the Wapung Skur Integrated Village Cooperative Society Ltd. (IVCS)
to avail collective marketing benefits and improved returns.

The World Bank-funded Community-Led Landscape Management Project (CLLMP) of the
Meghalaya Basin Management Agency (MBMA) soon took notice of her activities. And as part of
project initiatives to promote and strengthen Meghalaya’s grassroots innovations and traditional
knowledge, Kyrsiew was provided with support funding worth Rs. 3.3 Lacs to sustain and upscale
activities. She utilized this to build 3 compost tanks, a cow shed, a piggery shed, and a goat shed.

Since December 2020, Kyrsiew has produced about 7100 kilograms of organic manure of which 2956
kilograms have been sold to farmers within and outside the State at the rate of Rs. 49 per kilogram.
The East Jaintia Hills district team of CLLMP arranged for her participation at the two-day Skill Mela
conducted by Meghalaya State Skill Development Society in West Jaintia Hills in June 2022 and the
2nd North-East Buyer-Seller Meet in Guwahati the following month organized by the Indian Chamber
of Commerce in association with the Ministry of External Affairs, Government of India. At the latter
event, Kyrsiew was given a big opportunity to showcase her innovation, interact with other
entrepreneurs and farmers, and exchange learning and knowledge. MBMA’s other externally aided
project, the IFAD- supported Meghalaya Livelihoods and Access to Markets Project (Megha-LAMP),
also recognized her good work and invited Kyrsiew to be part of the Knowledge-Sharing Event on
community best practices where she was felicitated.

Back in Wapung Skur and away from the spotlight, Kyrsiew prefers the quiet life. The organic
manure-making activity aside, she spends her free time imparting training to other farmers, producers,
and community members of the Village’s NRM Committee.