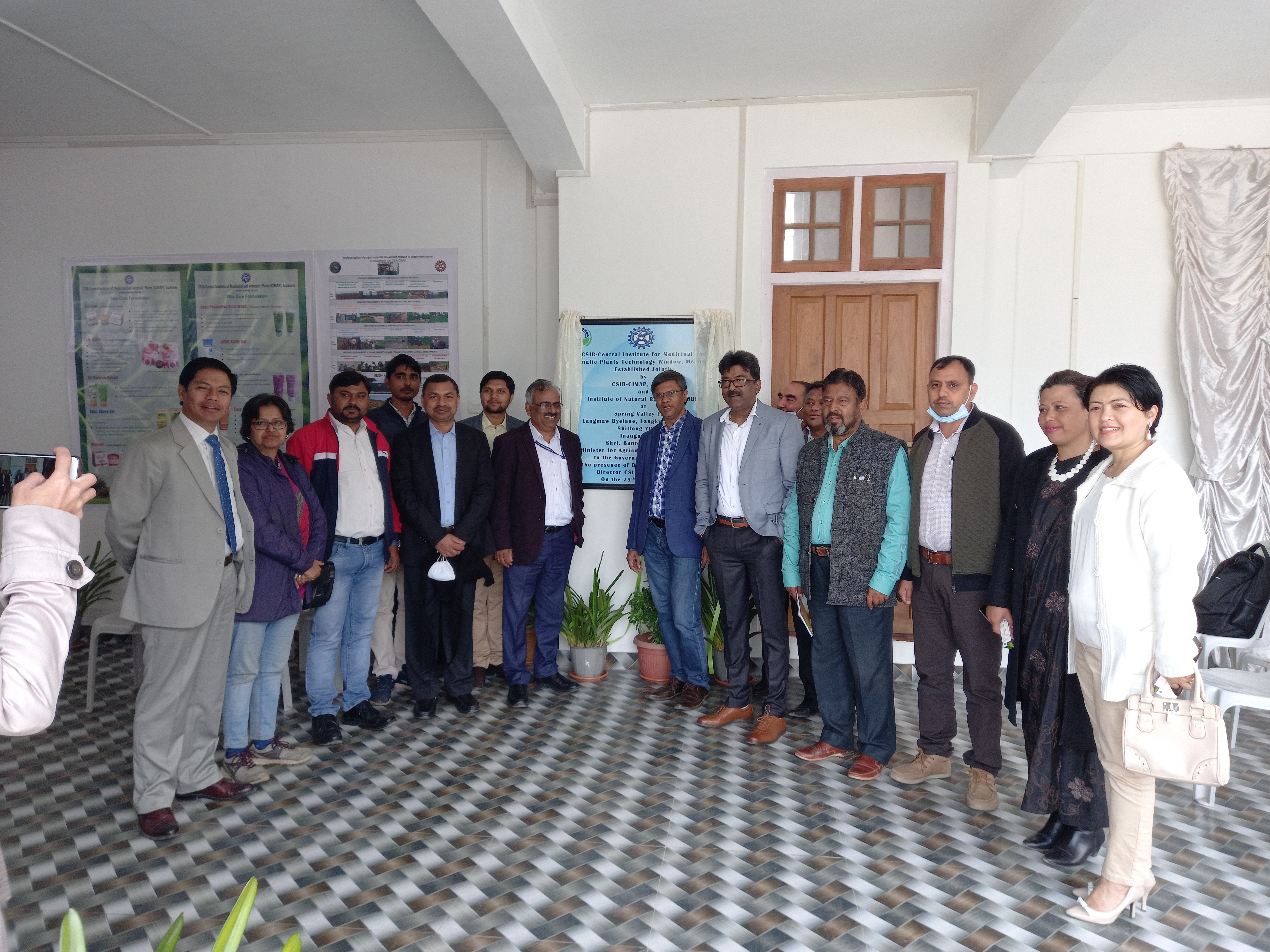 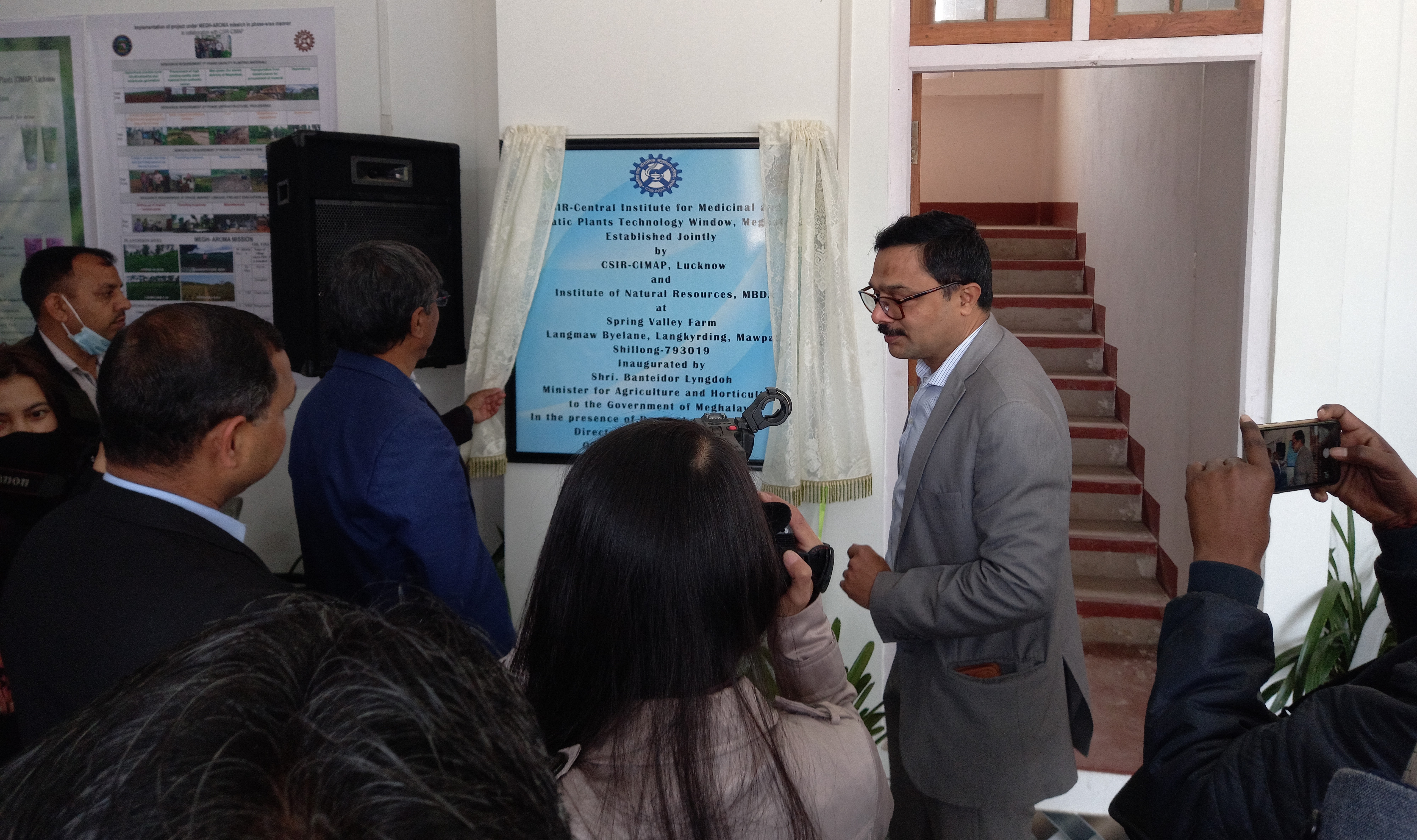 The Central Institute of Medicinal and Aromatic Plants, or CIMAP, is a multidisciplinary research institute of the Council of Scientific and Industrial Research (CSIR) established to carry out high-quality research in biological and chemical sciences in an effort to extend technology support to farmers and entrepreneurs of medicinal and aromatic plants (MAPs). In Meghalaya, the Technology Window was open to facilitate support services to farmers that are engaged in the cultivation and production of MAPs under the State’s Megh-Aroma Mission. 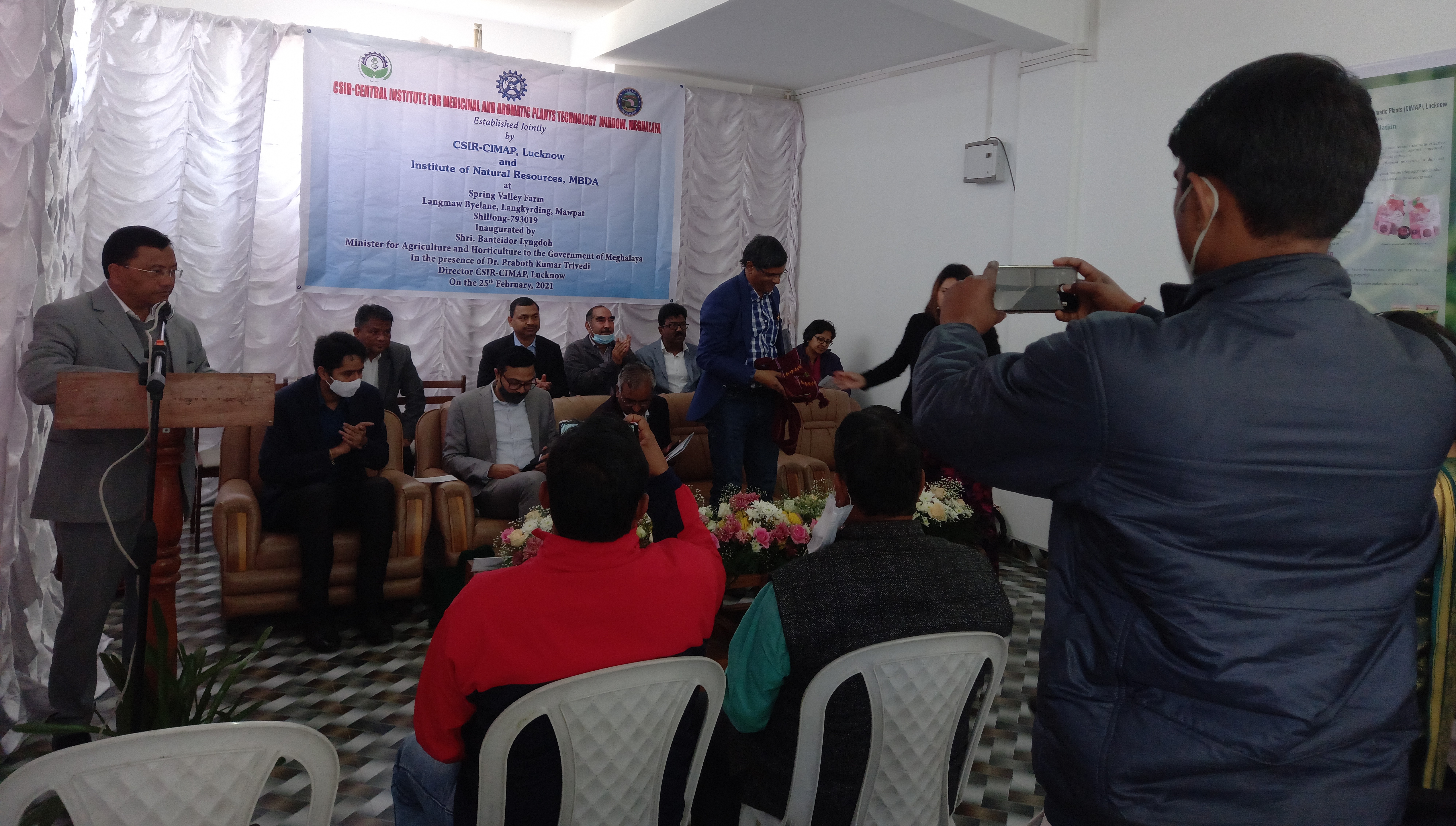 Megh-Aroma Mission was launched by Sh. Conrad K. Sangma, the Chief Minister of Meghalaya, on the 27th of May, 2019 at Byrwa, Ri Bhoi District to leverage on Meghalaya being a biodiversity hotspot and to rehabilitate the vast wastelands of the State (which currently stands at over 17% of its total geographical area) through the introduction of medicinal and aromatic plants. The Mission has thus far shown very good dividends, and the quality of materials has provided evidence of being rich in value and content. Since its inception, a total area of 110 hectares has been created across the State purposely for aromatic plantation. The primary crops introduced include citronella, lemongrass, geranium, palmarosa, vetiver, and others. To facilitate large-scale area expansion, 5 Central Zone Nurseries have been established at different agro-climatic zones of the State. INR has also commissioned 6 distillation units and processing facilities, while the extension support of CIMAP Lucknow has facilitated the production and validation of essential oils. 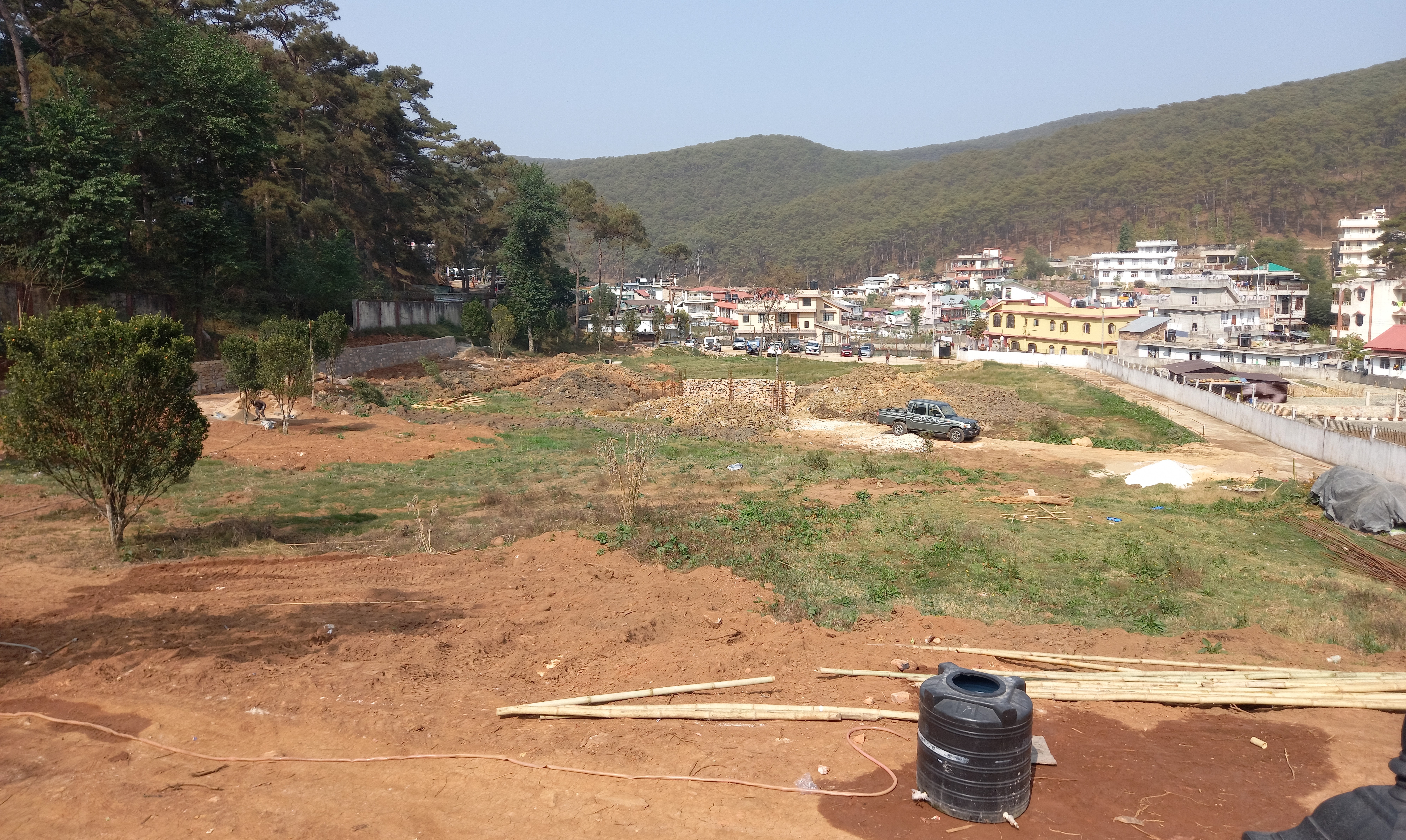 It was informed that on 18 January 2021, a meeting was held between Sh. Conrad K. Sangma and the Director of CSIR–NEIST, Jorhat to discuss opportunities which the latter can provide for the people of the State in this field. As per the Mission Document, the aim is to cover 1000 hectares in the next 3 years. 250 hectares is being proposed to be covered by the end of this financial year.

Dr. P. Shakil Ahammed stated that he would like to express on record, his gratitude to CSIR-CIMAP for coming forward to open a window in the State, not only with the provision of planting materials but for potentially offering the State’s young entrepreneurs with an opportunity for a long-term tie-up with major buyers, and our farmers with an improved linkage to bigger markets. He added that without the resources of the farmers, no technology can prevail, and suggested that the stakeholders – institutions like CIMAP, MBDA, and Farmers’ Groups – must pool in their resources and collaborate so that our farmers are not forced to sell at compromised prices.

Dr. Praboth Kumar Trevedi stated that he is happy to be part of the inauguration of the CSIR Technology Window in Shillong. He informed that CSIR has 38 laboratories that work in different livelihood improvement programs for the farmers and added that the Window can help the region with the creation of new job opportunities. CSIR will be accessible for its extensive technology support so that the end goal of improving the livelihoods of farmers is realized, and their incomes are enhanced. Dr. G.N. Sastry stated the stakeholders must come together to work for the collective benefit of the community and its economy. He informed that the Jorhat lab is actively participating in achieving the targets set under Phase 2 of the Mission. Under this Window, the complete CSIR technologies from across the country will be accessible to ensure access to new planting materials, post-harvesting methods, and sustainable agriculture applications, etc.